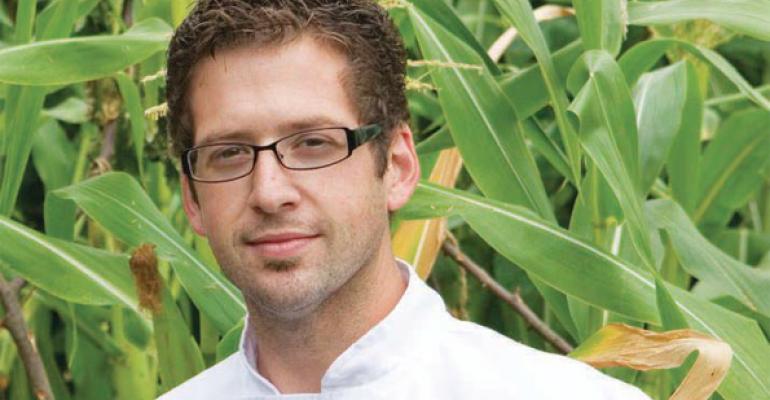 By 2010, Matthew Lightner had made a name for himself working up and down the West Coast. He had  also worked in Copenhagen with Rene Redzepi at Noma and in Spain at the celebrated restaurant, Mugaritz. But what put him on the culinary map was his work at Portland’s beloved Castagna. We named him one of 10 To Watch in 2010, and Food & Wine declared him a Best New Chef. Last year, he moved to New York City and opened Atera, a 17-seat, $165 tasting-menu-only restaurant. For his work there, Restaurant Hospitality named him a Rising Star, Michelin awarded him two stars and Bon Appetit put Atera on its list of the Top 50 Restaurants in the Country.

1. Plancha: You can do almost anything on it. You can be boiling a pot on it while searing a piece of meat or fish.

2. Dishwashers: Dishwashers are the heart of a good kitchen. If you have an organized dish crew, chances are you have a pretty solid crew all around. They also keep the place looking clean and running effortlessly, which I appreciate.

3. Refractometer: I use it to measure the brix (sugar weight) found in fruits and vegetables. Knowing this information allows us to choose the good ones versus the bad ones that are grown or purchased. This ultimately results in superior products and experiences for guests.

4. Gin & tonic: I read recently that quinine calms the nervous system. Then it clicked immediately: It not only tastes great and is refreshing, but after a long stressful service, it helps to unwind medicinally, too.

5. Black socks, white tee: It might seem silly, but wearing black socks and a white T-shirt is essentially one good way a cook prepares his day. If you ever see a staff member in my kitchen without either, he is probably having an off day.