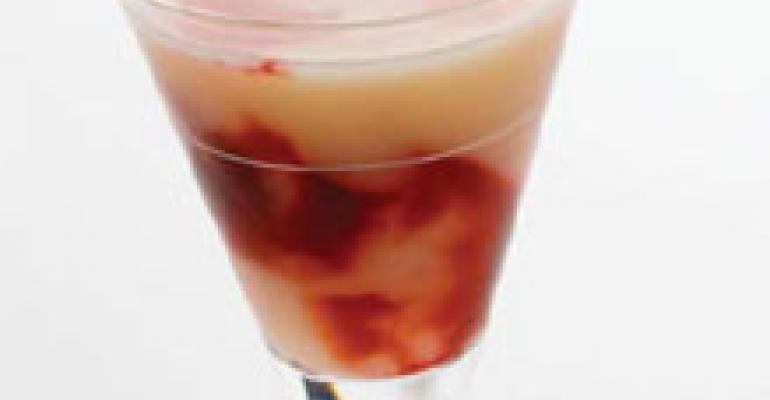 The secret to the Manhattan’s enduring popularity can be largely attributed to the natural affinity between spirits and fortified wines. These wines are imbued with tremendous flavors and lavishly textured bodies, making them incomparable ingredients in cocktails. The annals of mixology are replete with classic drink recipes that marry fortified wines and spirits, and today’s practitioners are continuing to explore and redefine the boundaries of this magical pairing.

The explanation for their compatibility lies in how fortified wines are crafted. Back in the days of sailing ships, sending wines across the oceans required vintners to add spirits to their wines to enable them to withstand the rigors of long sea voyages. The spirit, typically a grape distillate, raised the wine’s alcohol level to 13% ranging to upwards of 20%. Out of necessity was born an entirely new and delightful genus of potables, namely fortified wines.

Among the most enduring of these wines is Port, which is made primarily from red wine grapes cultivated in the Upper Duoro Valley district of northern Portugal. Most Ports are shipped from the city of Oporto, located at the mouth of the Duoro River. Ruby Ports are crafted from a blend of young wines from different vintages, while tawny Port is a blend of older wines, pale in color with a distinctive amber edge.

“I think using Port in cocktails is a resurgent ‘lost art,’” says Jacques Bezuidenhout, bar manager at Harry Denton’s Starlight Room in San Francisco. “I like incorporating Ports into our cocktails as they add tremendous body, depth of flavor and complexity to the drinks. Many of the popular cocktails made with Port are actually classic recipes that have well withstood the test of time.”

A signature at the Rickshaw Far East Bistro and Bambu Lounge in Dallas is the Port of Comfort. The staff collectively devised the popular recipe using 2 oz. of Fairbanks Tawny Port, a jigger of Stoli Vanil Vodka, a 1⁄2 oz. each of Disaronno Amaretto and Southern Comfort and some sweetened lime juice. The concoction is shaken vigorously and served in a chilled cocktail glass. While at Seattle’s Ibiza Dinner Club, Andria Herron recommends a house specialty called the Mediterranean Sparkler, a drink that combines an ounce of Domaine Charbay Napa Valley White Port poured in a champagne glass and topped off with chilled Prosecco.

At famed 33 Restaurant in Boston, owner Greg Den Herder promotes several cocktails made with Port. The cast includes the PomPort Cosmo, which features 1 oz. ruby Port, Cointreau, lime juice and a splash of pomegranate. Also popular at 33 Restaurant is the Cherry Bomb, made with 10- year-old tawny Port, Effen Black Cherry Vodka and Godiva Dark Chocolate Liqueur. “The tawny Port already has a cherry, vanilla and chocolate palate, which ties in all of the flavors quite well,” says Den Herder.

Southern Wine & Spirits’ cocktail maestro Francesco LaFranconi created the Le Colonial, a sumptuous drink made with Plymouth Gin, Cockburn’s Fine Ruby Port, Cherry Heering, bitters, lime and pineapple juice. The ingredients are shaken and strained into an iced glass. Francesco finishes the drink off with fresh mint and a sprinkle of nutmeg.

Concocting drinks with Port is a growing trend a century in the making.

Little did the staff at the Manhattan Club realize the revolution that they were fomenting when first they laced rye whiskey with vermouth. More than a century later, mixologists are still following suit and crafting timeless classics by pairing spirits with delicate fortified wines. Viva la revolution!