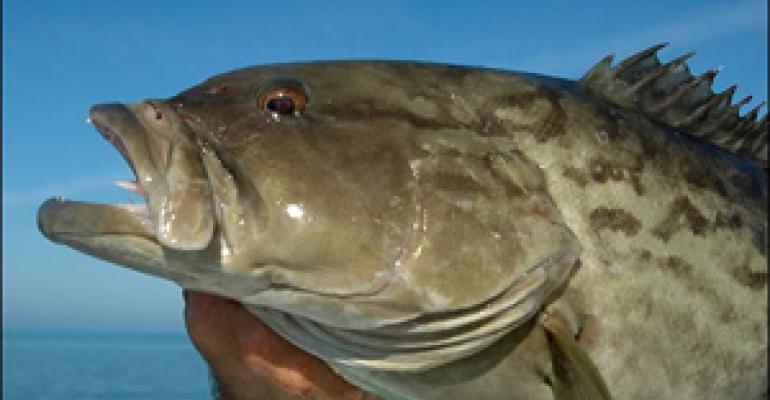 Better double-check the identity of any grouper, sole or shrimp your restaurant buys. The wholesale seafood bandits are at it again, with two of them now cooling their heels in a federal penitentiary for selling mislabeled product to customers like you.

We last wrote about purposely-mislabeled seafood back in 2006 (“Bait and Switch, Seafood Style") That’s when the St. Petersburg Times bought a number of restaurant items menued as “grouper” and sent them to an animal DNA lab for testing. The results: some samples of purported grouper were basa, an Asian catfish; others turned out to be tilapia, hake or a species even professional fish DNA specialists couldn’t pin down, other than to say they were sure it wasn’t grouper. None were actually grouper.

The latest incident also involved phony grouper, along with falsely labeled sole, snapper and wild American shrimp. But it wasn’t merely an investigative newspaper reporter doing the snooping. This time around, the federal government got involved, hoping to send a strong message to would-be wrongdoers.

Here’s how it went down. In early 2010, a federal grand jury in Mobile, AL, returned a 28-count indictment against Arizona residents and fish company owners Karen Blyth and David Phelps. The pair operated Consolidated Seafood Enterprises in Phoenix and Reel Fish and Seafood in Pensacola, FL. Early this year, Blyth and Phelps pleaded guilty to 13 of the counts. They were sentenced last week, with Blyth being sent to federal prison for 33 months, Phelps for 24 months. Each was fined $5,000.

It’s not so much that federal officials have necessarily become more eager to protect restaurant owners and restaurant customers from fraudulent fish purveyors. It’s more that, in the wake of the BP Deepwater Horizon oil spill and its resulting damage to Gulf Coast fisheries, the interests of this area’s fishing industry have become paramount.

The federal attorneys working the case certainly sounds like they’ve had enough of phony fish purveyors.

“These significant sentences are appropriate penalties for Blyth and Phelps, who committed multiple felonies in conspiring to scam consumers with falsely labeled, cheaper fish substitutes from Asia and Africa,” Ignacia Moreno, assistant attorney general for the Environment and Natural Resources Division of the Department of Justice, told a Baton Rouge, LA, newspaper. “Their fraudulent scheme artificially deflated the cost of wild-caught fish and gave them an unacceptable economic advantage over law-abiding fishermen.

“These prosecutions and the sentences that were imposed today should send a clear message that instance of consumer fraud will not be tolerated and that this U.S. Attorney’s Office will continue to aggressively protect local seafood consumers and all components of the local seafood market and industry,” added Kenyen Brown, U.S. Attorney for the Southern District of Alabama.

Blyth and Phelps were able to pursue their scheme in part because wholesale customers like restaurants weren’t asking a lot of questions about or spending much time examining the fish they bought. The pair plead guilty to selling farm-raised Asian catfish and Lake Victoria perch important from Africa as grouper, as well as to repackaging imported farm-raised shrimp for sale as wild American shrimp.

The takeaway for restaurant operators here is that it’s wise to question seafood whose origin, price or appearance makes it seem suspicious. You can’t police the often-murky seafood supply channels yourself, but be aware you’ve got plenty of help if something doesn’t seem right. In this case, the investigation was a joint effort of the National Oceanic and Atmospheric Administration’s Office of Law Enforcement; the Department of Homeland Security, Immigration and Customs Enforcement; the U.S. Air Force Office of Special Investigations; and the Department of Defense, Defense Criminal Investigative Service.

Collectively, this bunch commands a lot of investigative firepower. It’s good to have them working for you if you need help keeping your seafood suppliers above board.