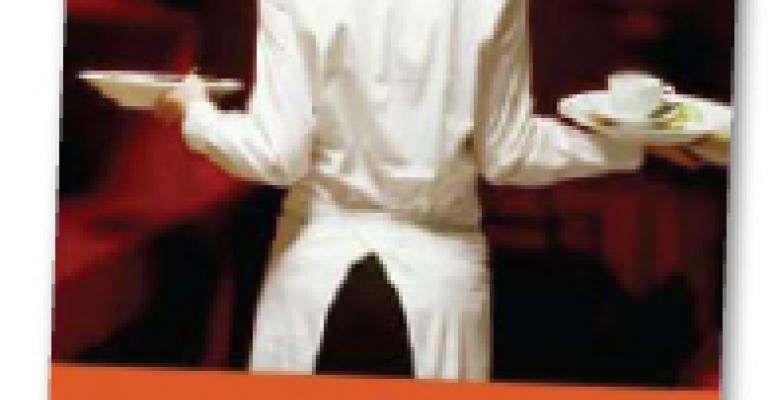 Present At The Creation

Up for a peek into the inner workings of one of the country's top restaurants? Hey, who wouldn't want to know what really took place at Thomas Keller's Per Se in New York City as it went from an opening marred by a devastating kitchen fire to four-star status from the New York Times and, later, three stars from the Michelin Guide?

Keller faced the daunting challenge of reproducing the quality of the food and experience of his bucolic California standout, The French Laundry in Yountville, in a hi-rise setting 3,000 miles away in New York City. Maybe we'll learn his point of view when he writes his memoirs. But for now, we've got plenty to work with in Phoebe Damrosch's Service Included: Four-Star Secrets of an Eavesdropping Waiter (William Morrow; $24.95). The author was hired pre-opening as a backserver at Per Se, was soon promoted to captain and wound up taking care of New York Times critic Frank Bruni on most of the multiple visits he made prior to writing his pivotal review. She was as inside as an insider can get.

Damrosch is an excellent storyteller and writer, but she's not writing an expose here. Per Se is so carefully run that there simply isn't that much dirt to dish. But that's OK. Through her experience, we get the full story of Per Se, from its early hiring and training phase up through the time when tip pooling became mandatory. We also hear plenty about her personal relationship with Andre Mack, sommelier at Per Se for its first three years. And we learn the long-term implications of waiting tables, good and bad, in what might be one of the best places in the country to do so.

Damrosch gives industry readers plenty to think about as she describes what goes on at Per Se from a front-of-the-house point of view.

Many RH readers, for example, will be interested in learning how Keller and Co. conducted the Per Se hiring process. We think many operators will steal one of his rules-of-the-road for new dining room employees (“Everyone's hair must remain as it was when they were hired”) for use in their own restaurant. Another key proviso: every employee addresses every other employee — no matter their rank or actual job — as “chef,” lending a consistent tone of professionalism to every interpersonal encounter.

You won't find any recipes here. You'll have to wait until Keller and Per Se executive chef Jonathan Benno put out the Per Se cookbook some day. But there is still plenty about the food, particularly how Per Se's tasting menu is structured, and how it is subtly manipulated to address the specific likes, dislikes, allergies and other culinary idiosyncrasies of what, in some instances, is a sensationally demanding customer base.

Damrosch and her fellow workers seem to universally worship Keller. Why not? Almost everyone else in the country does and, after completing this fun read, you'll understand why they do. We hope Damrosch tackles another restaurant-related topic, soon.