How to leverage the impact of your Facebook presence 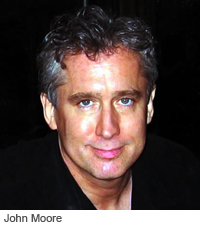 When it comes to Facebook fan pages, the most “likes” wins, right? Well, the simple answer to that question is no.

Despite everyone using fan counts to gauge popularity the simple truth is that the number of fans, or “likes,” your page accrues can have very little relationship to the effectiveness of your brand page. You wouldn’t count a Broadway show a success if the theater was packed, but no one was looking at the stage—especially if the tickets were free.

There are other reasons why fan count is a suspect metric for determining the effectiveness of your Facebook marketing campaign. A number of services sell fans by the thousands. These are farmed links from Facebook members who may live anywhere in the world and not even be able to read the language your page is written in. That’s not very fallow ground for building customer relations. The only real test for whether your posts are effective are the page analytics that tell how many people saw your post and how many people interacted.

There are four categories of analytics:

• Reach — the number of people who actually see your post

• Engaged Users — the number of people clicking anywhere on your post

• Talking About This — the number of people sharing, liking or commenting on your post

Here is a very helpful link to Facebook that examines page analytics at much greater depth.

Your objective should be to maximize the number of people who see your post and then engage with it. First let’s see how Facebook programs everyone’s News Feed. It is important to remember that, on average, only 16 percent of your fans will actually see your posts. Facebook determines who sees what by a complex combination of algorithms called “Edgerank.” These are based on three factors — Affinity, Weight and Time Decay. Dozens of websites explain what this means in exhaustive detail and they are just a Google search away, but here’s the thumbnail version:

Affinity measures the relationship between the user and the creator of the story. In the case of a fan page it means the more a fan has interacted with your page in the past, the more likely he or she is to see it in the future.

Time Decay means that as a post ages, it continually loses value.

Your Facebook posts should be visual, engaging, brief and relevant. Here are a few simple guidelines to maximize your page’s Edgerank value:

1. Pictures, Pictures, Pictures! Brief targeted communications that include graphics are a perfect example of a picture being worth 1,000 words. Visuals of dishes, dining rooms or patrons enjoying a wine tasting are a compelling force in the use of Facebook to promote your restaurant and attract more followers. Photo albums are 180 times more likely to elicit engagement from fans, with photos and videos right behind at 120 and 100 times more respectively.

2. Interactive — Updates should include an interrogative element that invites a response. Try asking about a wine pairing option, a favorite dish or a suggestion for a new feature or menu item. Adding a simple call to action increases the chances of a response by ninety times.

3. Succinct — Posts between 100 and 250 characters are 60 percent more likely to get “liked” or commented on, so keep things short.

4. Relevancy — Effective Facebook posts can and should include information that is of interest to your customers. For instance, if you run an Italian restaurant you could include a link to an interesting article about Sicilian wines. It doesn’t all have to be a sales pitch to be effective.

When to post — While it may seem unintuitive, studies show that the most effective time to post during the day is after 4:00 PM, with the peak being between 7:00 and 11:00. The reasons are relatively simple: While most people are working during the day, many Facebook page posts will go by unseen as they are buried by everyone else that posts during the same time. Yes, the truth is that while most businesses post during office hours it is the posts that are created during the evening hours that are viewed, and propagated virally, by the most users.

How often — Once a day is a safe rule to stick to for several reasons. The first is that one of the most often cited reasons for unliking a fan page is that it posts updates too often, or worse, back to back. It’s important to remember that more than 95 percent of your fans view your updates on their own News Feed, not on your page. Clogging up the flow is not only going to devalue your posts, it will also provoke the dreaded “Hide” button.

Facebook is an intuitive and interactive networking platform that enables you to connect directly with your customers in ways that were almost imaginable just a few years ago. You can use it to get feedback, reward participation and notify customers of new offerings. It is, however, more important than ever to use this very powerful marketing and communication tool effectively. Remember, there are no shortcuts. The trick is to keep people engaged and interested and they will respond.

Just filling the theater won’t do it. You need to put on a successful show to keeps fans coming back.