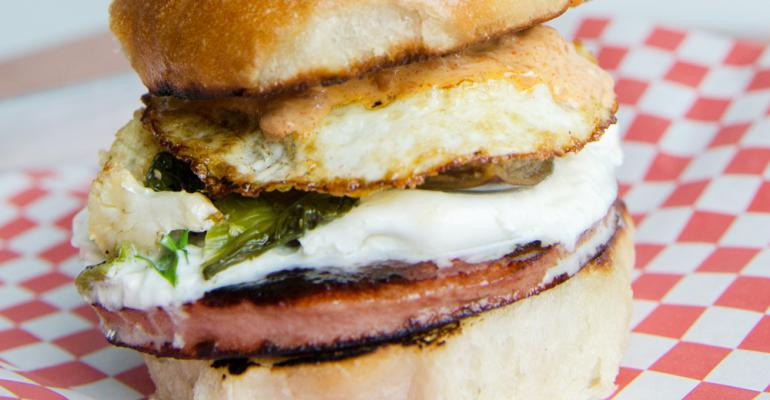 This year’s Best Sandwiches prove that chefs around the country continue to push the boundaries of the hand-held favorite. See all the winners >>

What makes it special: A trip to the Italian city of Siena inspired Anoia to create this sandwich. The DiAnoia’s team said they tasted some of the best ’nduja and mortadella we have ever had at a tiny butcher shop on a side street. Their version is an Italian sandwich with twist, with the addition of a fried egg. Plus, all of the ingredients used at DiAnoia’s are imported from Italy or made in-house.

What others are saying: Pittsburgh magazine named DiAnoia’s one of the city’s best new restaurants last year, citing its “crushable sandwiches.” In a review in April, the magazine said the restaurant had the potential to become a Pittsburgh classic.