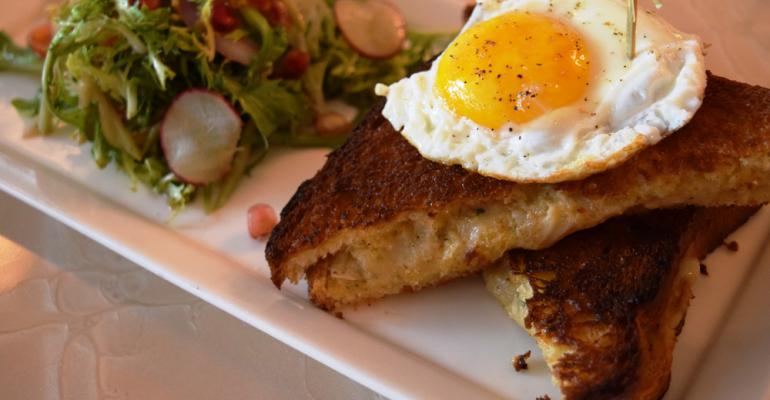 This year’s Best Sandwiches prove that chefs around the country continue to push the boundaries of the hand-held favorite. See all the winners >>

Ingredients: Louisiana blue crab, cheese, crab fat, roe and aioli on brioche topped with a sunny side up egg.

What makes it special: Café Adelaide & the Swizzle Stick Bar is part of the Commander’s Family of Restaurants, along with Commander’s Palace, SouBou and Brennan’s in Houston, and Bickford is the first female executive chef within the group. From a Cajun family, Bickford said, “Crabmeat is such a delectable and delicate ingredient but doesn’t need to be fussy! One thing I learned as a child was not to get in between a Cajun and a boiled female crab!” For the sandwich, she whips soft cheeses with crab roe and a little aioli to bind the tender crabmeat together. It’s sandwiched between two slices of griddled brioche bread.

What others are saying: This sandwich is mentioned specifically in Gambit’s “best of New Orleans” spring restaurant guide this year. On Yelp, reviewer Leti Q. from New York said, “Shrimp and grits was amazing, as was the crabmeat grilled cheese.”