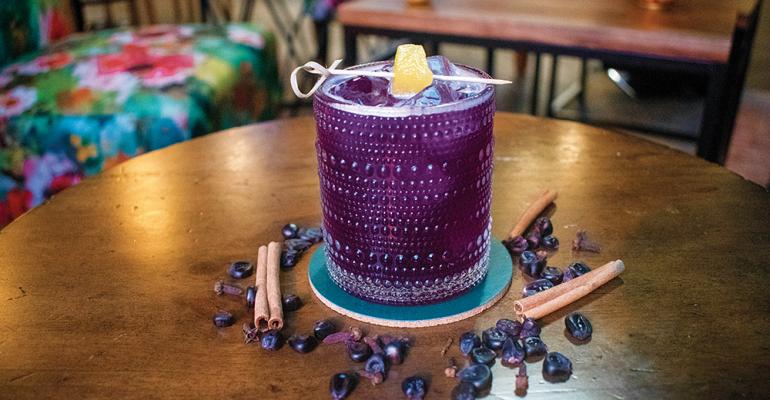 Where to find it: Onward, Chicago

In Peru, there’s an expression when people see something majestic or very cool, they say, “Pitri mitri,” said Vicente Romero, Onward’s general manager and beverage director. “When you try this cocktail, you say, ‘Wow.’”

Romero said he wanted to create a cocktail with products from South America. He started with a Rutte gin with a very subtle celery flavor and mixes it with a Bolivian white brandy called Singani, the Allspice Dram and a splash of lemon juice.

Then he adds the bright purple Peruvian corn syrup known as chicha morada, spiked with cinnamon, clove, sugar and pineapple juice. Shaken over ice, the cocktail is garnished with fresh pineapple.

The Pitri Mitri has been on the menu at Onward since May, and it’s been so popular, Romero said it will remain as a signature beverage.