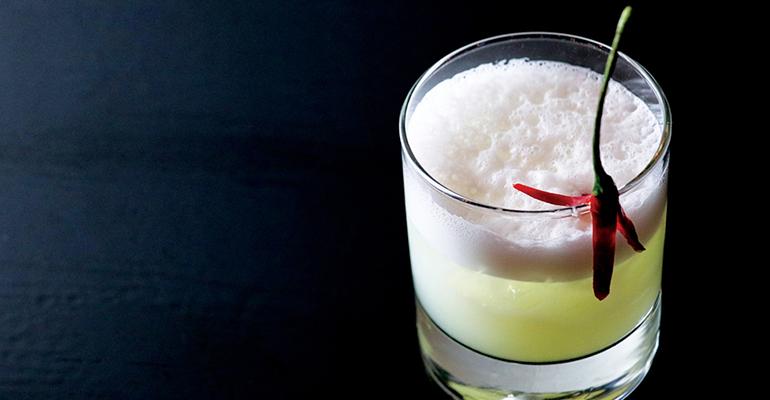 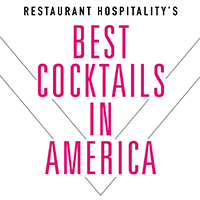 These 10 cocktails, selected by the editors of Restaurant Hospitality, showcase bartenders’ creative takes on top bar trends. Read on and get inspired. See all the winners >>

Where to get it: The Black Sheep, Las Vegas

About the drink: La Flama Blanca pays homage to pop culture’s ultimate “black sheep,” Kenny Powers, from the HBO series “Eastbound & Down.” The cocktail is a balance of the fiery and sweet flavors of Southeast Asia.

A look at the trend: American cocktails are traditionally made to pack a punch with higher-alcohol spirits. But mixologists are creating delicious drinks with lower-alcohol alternatives for drinkers looking for flavor without as much buzz.

For La Flama Blanca at The Black Sheep, partner Andy Hooper sought to create a drink that would complement the restaurant’s Southeast Asian spin on American comfort food.

The answer was a cocktail with Korean soju spiced with lemongrass and ginger. The Kai soju Hooper uses is 24-percent alcohol by volume, lighter than gin, vodka or whiskey, which are usually 40-percent ABV or higher.

To make the drink, a Thai chile is left to “bloom” in an ice-water bath for a few hours. The resulting water is reduced with sugar into a spicy syrup to add to the drink, which is cooled somewhat by egg-white foam.

“By marrying soju with lemongrass and ginger, and the spicy Thai chile, we thought it would give the drink a kick without the kick of alcohol,” said Jon Schwalb, a partner in The Black Sheep.

“We’ve had a few people try to eat the flower, but it’s not advised,” Schwalb said.