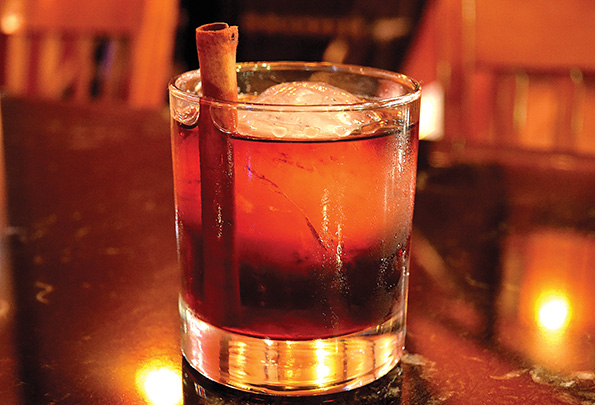 Inspiration: A cocktail that would combine the elements of an aperitif and a digestif into one vibrant, punchy and delicious elixir.

What the Judges Said: “We don’t know what the Gusto bartenders are smoking, but the idea of creating a cocktail that mimics the qualities of a before-dinner drink and an after-dinner drink is way out there. But they’ve apparently done the math, because they’ve come as close as you’re going to get. The boozy rye is, indeed, a nice way to get things rolling, but the genius is in the Tremontis, a Sardinian liqueur that makes for a nice digestive on its own. Combining the two ingredients works surprisingly well. Do they really need to use a soaked cinnamon stick to stir the two together? Hell, why not? We’d rather debate if you should drink this before dinner or after dinner. Some of us said before, some said after. The rowdiest among us suggest that you drink it before, during and after.