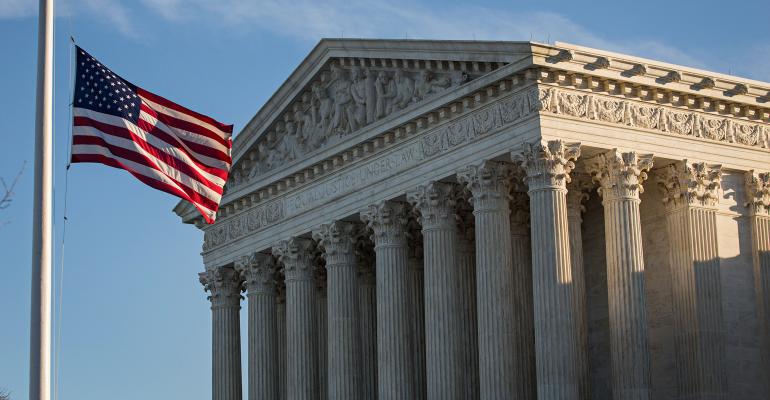 Existing laws prevent cooks and dishwashers from sharing in tips

The National Restaurant Association on Thursday petitioned the U.S. Supreme Court to hear a challenge to existing laws that prevent cooks and dishwashers from sharing in tips.

The case stems from an ongoing court battle within the Ninth Circuit Court of Appeals over tip sharing. Despite divided opinions in the courts, the Department of Labor prohibits tip sharing with workers who don’t customarily or regularly receive tips, like cooks, dishwashers, chefs and janitors.

The NRA, however, sees the regulation as discriminatory.

“The Department of Labor has completely overstepped its regulatory authority and is unfairly discriminating against those restaurant employees who work in the back of the house,” said Angelo Amador, the NRA’s senior vice president and regulatory counsel. “The law here is clear: Employees who earn above minimum wage should be able to share their tips with fellow employees, no matter where they work. The Department of Labor cannot continue to trample on the rights of restaurant workers.”

Whether or not the Supreme Court will agree to take up the case remains to be seen. Amador said a response is expected in about 30 days.

Amador hopes the high court will clarify what has been a contentious and complicated regulation at a time when labor costs are rapidly escalating for restaurant operators across the country.

In states where the minimum wage is reaching $15 per hour, the disparity in pay rates between servers who can accept tips and kitchen staff who cannot has grown ever wider.

The legal battle began in Oregon after a Ninth Circuit Court of Appeals ruling in 2010, in Cumbie v. Woody Woo Inc., upheld a restaurant’s right to run a tip pool that included kitchen workers in some circumstances, in part because Oregon is one of seven states that do not allow a tip credit.

The Department of Labor responded by expanding regulations that prohibited tip sharing with workers outside the chain of service, even when employers pay the full minimum wage and don’t take a tip credit.

That regulation was supported in February 2016 by a Ninth Circuit court decision. Later in the year, however, a petition for rehearing went before a 10-judge panel with mixed opinions on the issue, which the NRA hopes will open the door for Supreme Court consideration. (LINK: http://www.nrn.com/news/operators-deal-tip-pool-ruling)

Amador said tip sharing is another regulatory issue that could benefit from winds of change in Washington, D.C.

The incoming Trump administration is expected to appoint a new Supreme Court justice in short order, he said.

“We would rather have a judge that is more business friendly than we have right now,” Amador said.

The petition is also one of the first moves by the newly created Restaurant Law Center, an advocacy group established by the NRA to defend the restaurant industry from government overregulation on a federal, state and local level. The center is expected to take on issues such as the federal overtime rule, whether franchisors can be considered joint employers with franchisees, interchange fees and music licensing.

“As well-funded special interest groups continue to use the courts to enact policy, it is imperative that the second-largest private-sector employer in the country have our voice be heard,” said Jay Stieber, the Restaurant Law Center’s chairman, in a statement.

Amador, who also serves as the Law Center’s executive director, added: “This creates a funding mechanism that will make it easier to move faster on cases like this.”

Why chef Ashleigh Fleming got back into the kitchen
Sep 29, 2021

Worried about airborne transmission of COVID-19? Here’s what restaurants should be doing to sanitize indoor air in the dining room
Oct 30, 2020