New on the Menu: Octopus with avocado and cereal shrimp 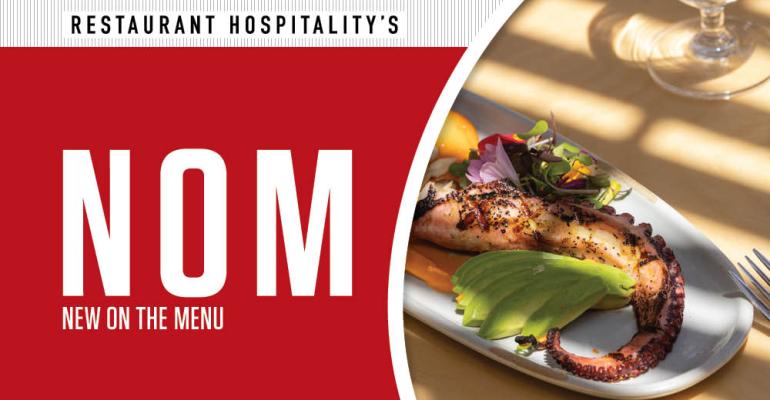 Start Slideshow ›
Plus a cocktail made with family ties, paneer with nori, and Turkish dumplings

You might remember the scandal last year when shrimp tails were reportedly found in a box of Cinnamon Toast Crunch cereal. Some restaurants made culinary jokes about it at the time, but Mark Yu, chef of 53, a Southeast Asian restaurant in Midtown Manhattan, is serious about his Cereal Shrimp, made with the Nestlé product Nestum.

Elsewhere in New York, Divya Alter is offering a crunchy snack of paneer wrapped in nori at Divya’s Kitchen.

In Boston, at Sarma, Cassie Piuma is spicing Australian lamb with Szechuan peppercorns, among other things, and serving them over Turkish manti dumplings, and at LouLou in Santa Monica, Calif., Stanley Suchy is serving octopus with California avocado, as well as both Marcona almonds and California ones.

And at Brennan’s of Houston, front-of-house lead manager Brian Slawson and marketing director Whitney Guarisco serve a cocktail that makes a nod to the Brennan family’s Louisiana heritage, and to their cousin Pepper Baumer, who is president of the company that own’s Crystal Hot Sauce.