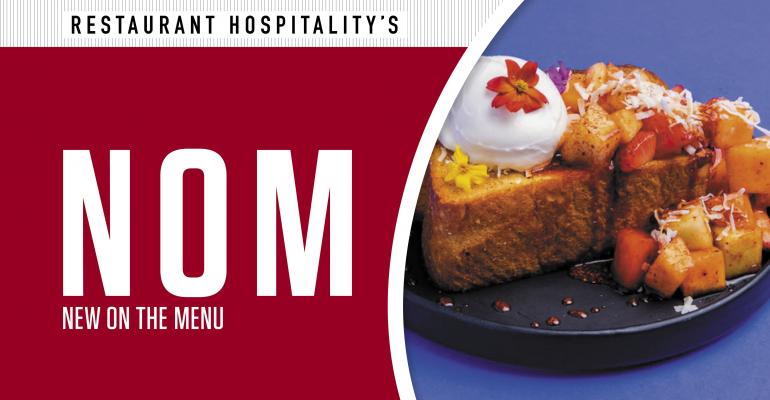 May is Asian American and Pacific Islander Heritage Month, and Laut Singapura restaurant in New York City is celebrating with a menu highlighting the cuisine of the Peranakan people, or Straits Chinese, who live on the Malay Peninsula and in the city of Medan on the Indonesian island of Sumatra, including a braised short rib dish served with sambal seasoned with the seeds of buah keluak, which grows in the mangroves of Southeast Asia and is poisonous if you don’t know how to use it.

Joe Flamm, the Top Chef champion and former executive chef at Spiaggia in Chicago, has a new restaurant, Rose Mary, that features the cuisine of both sides of the Adriatic Sea, which separates Italy from Croatia. That includes a risotto from the Croatian town of Skradin made by cooking rice in a veal ragù.

Drinking is also an important aspect of Blend 111 in the Washington, D.C., suburb of Vienna, Va., where chef Andrés-Julian Zuluaga creates dishes to go with specific wines; today we look at octopus intended for a dry Alsatian Riesling.

Chamoy, a genre of savory, fruity, spiced syrups from Mexico, is one of the hottest food trends going, and they’re making it at Las Vegas coffeehouse Makers & Finders, tossing melons in it and  serving it on toast.