New on the Menu: Pandan pancakes and dragon fruit ceviche 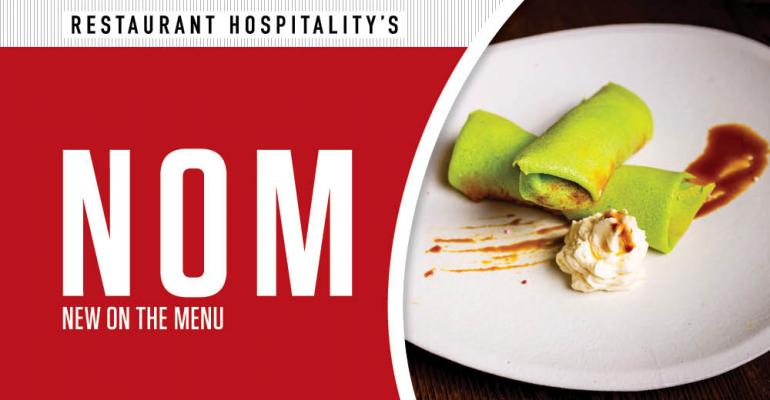 Pandan, unlike many Southeast Asian ingredients, is subtle. Slightly floral, kind of nutty or grainy, it is widely used in the region in applications ranging from beverages to desserts to a Thai version of chicken nuggets. At Wau, a Southeast Asian restaurant in New York City, it’s being used in pancakes to give them a pretty green color and added aromatics.

Elsewhere in New York City, at La Devozione, a special pasta tasting menu is available at the chef’s counter, called The Oval, and includes a dish of paccheri pasta with an array of ingredients from Calabria, the southern region that makes up the front of the foot of the great Italian boot.

In Napa, Calif., at Little Summer, chef Ben Lacy is highlighting North African ingredients including preserved lemon and chermoula in his octopus dish, which also comes with a sunflower seed purée, and in Pismo Beach, Calif., at the new Pequín restaurant, executive chef Frank Barajas is making a fish-free ceviche that highlights dragon fruit.

And in Chicago, at The Gin Commission, a new bar by Lettuce Entertain You Enterprises, the thistle aperitif Cardamaro, highlights an aromatic cocktail.

An error in the neighborhood where Wau is located has been corrected.
Start Slideshow ›
0 comments
Hide comments
Recommended Reading