New on the Menu: Limoncello wings and plant-based lamb 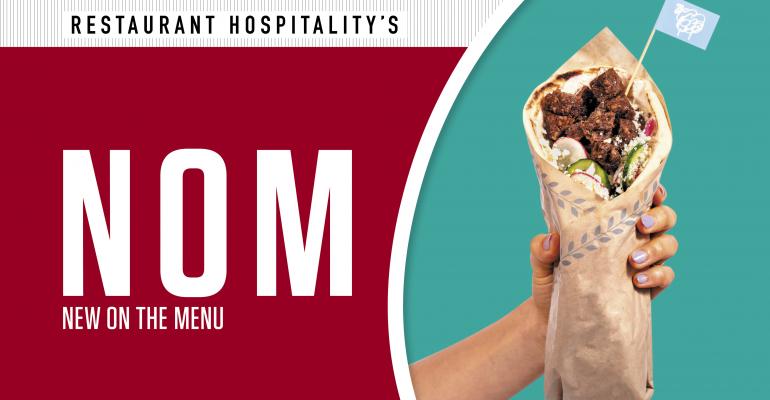 The first plant-based lamb substitute has come on the market. San Francisco-based Black Sheep Foods developed the product using pea protein and flavor compounds meant to reflect the key flavor components of Tunis sheep from New Zealand. It’s available at the four locations of Souvla, a four-unit Greek concept in the Bay Area.

Chicken wings are a beloved appetizer across the country, but how do you justify serving them in an Italian restaurant? The chefs of Nunzi’s in Farmingdale, N.Y., figured out a way by dressing the wings in a sauce made from the popular Italian liqueur limoncello.

In Denver at The Greenwich, chef Justin Freeman is punching up the last of the season’s sweet corn with chermoula and using that as an accompaniment to a breaded and fried pork cutlet.

Okra is most commonly served either breaded and fried or as a thickener for stews such as gumbo, but at Orno, chef Niven Patel’s new restaurant in Coral Gables, Fla., the vegetable is grilled and served with roasted lemony tomatoes.

And at Helen in Birmingham, Ala., chef Rob McDaniel highlights the cheese from nearby Sweetgrass Dairy in Thomasville, Ga., by roasting it and served it with slowly caramelized onions.

New on the Menu: Frybread tacos and jerk cauliflower
Dec 03, 2021