“Searching for The Next Chipotle? Look no more,” boast the media materials for Justin Timberlake’s Southern Hospitality brand. Southern Concepts plans to roll out new fast-casual BBQ units, expecting to open up to five new units in the Denver and Colorado Springs markets by summer 2016. “Missing from the fast casual space is a high-quality BBQ option, and Southern Hospitality has big plans to fill that void,” the company says.

RH’s take
Looking beyond Timberlake’s involvement—word is he isn’t really that involved anyway—we see a big opportunity for fast-casual BBQ. The question is: how do you take food that’s supposed to be cooked low and slow and serve it up fast-food style?

Potatopia c.e.o. Allen Dikker didn’t necessarily call his concept The Next Chipotle, but he’ll take the compliment when others make the reference. Dikker, who created the potato-based fast-casual restaurant brand after leaving his job as an advertising executive, says he’s surprised by all the interest. After opening the first location in Edison, NJ, and a second store in NYC’s Greenwich Village, Dikker says things are heating up. He’s got plans for 15 stores across the U.S. by the end of 2015 and is projecting $6 million in annual sales.

RH’s take
Potatopia isn’t the first concept involving huge baked potatoes with protein and veggies. But others haven’t nailed the franchising, and Dikker’s confident he can figure it out.

Irv Zuckerman and Rodney Eckerman. former co-c.e.o.s of Clear Channel Music, saw a gap in the market. The two professed their love for the Chipotle model and say they saw a huge opportunity to bring the model to the pizza space. They’re not alone in their thinking, but Zuckerman and Eckerman believe they can do it better with a Chipotle-like focus on top-quality design, service, food and overall experience.

RH’s take
Again, cooking a quality pizza—even in a high-degree stone oven—takes a little time. Are fast-casual customers willing to build their pizza and then wait 5 minutes for it to cook? Only time will tell.

“Every casual restaurant wants to be the next Chipotle,” says the Indianapolis Star, “but an Italian chain coming to Indianapolis just might do it.” The newspaper was lauding Piada Italian Street Food, a fast-casual pasta joint touting fresh, quality ingredients and customizable menu items. There are currently 22 Piada locations, mostly in Ohio, but the company is currently expanding to Texas and Minneapolis, with bigger plans on the horizon.

RH’s take
Piada has some real legs. The branding is perfect, the food is pretty (Instagram friendly) and everyone loves Italian food. For families with kids who only have so much time to get dinner on the table, Piada can be more economical than takeout from your favorite Italian spot.

El Pollo Loco, a fast-casual Mexican restaurant chain with more than 400 locations in the Southwest, has actually grown faster than Chipotle in recent years. When the company went public in July 2014, its stock price jumped from $15 to $25 in the first week and at one point climbed to $41, leading investors to dub El Pollo Loco “The Next Chipotle.”

RH’s take
El Pollo Loco has taken off faster than most have expected. But it’s competing in a crowded field and with Moe’s Southwest Grill, Qdoba and Chipotle already established, we see only so much room in the Mexican fast-casual space.

Who’s got the best chance to duplicate Chipotle’s success? Probably Chipotle itself. Ownership is branching out to an entirely different cuisine: fast-casual Asian. Chipotle opened the first Shophouse in 2011, offering rice bowls and sandwiches. Now there’s 10 locations with major expansion plans in sight.

RH’s take
Asian flavors have remained at the top of everyone’s hot trends list for several years. Clearly Chipotle was ahead of the game and understood the potential for quick, customized Asian meals. 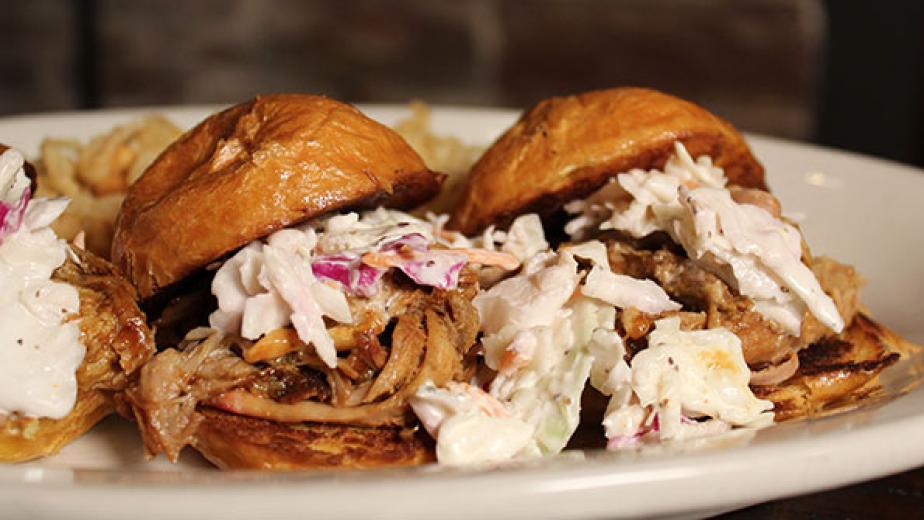