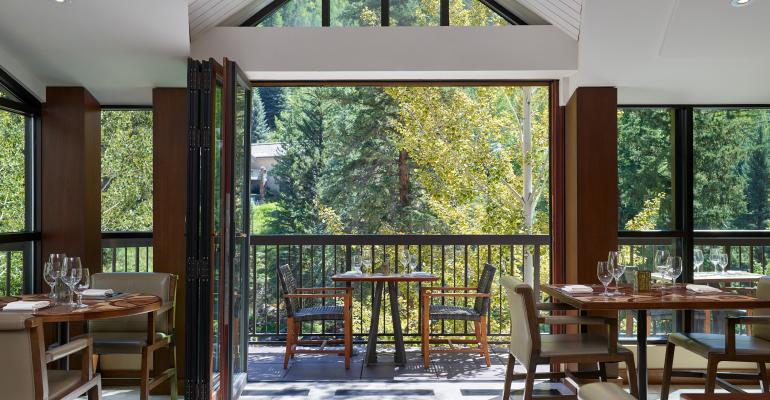 It's not uncommon to go to a resort in the mountains, especially a ski town, and find piles of disposable water bottles, single-use cutlery and plates, and a whole lot of waste. But at the Grand Hyatt Vail, chef Pierson Shields has spent the past two years updating the kitchen and sustainability programs to help lessen the property's carbon footprint. It's not cheap or easy, and he's just getting started.

"We made it a focus to replace outdated equipment, including three refrigerators that are [now] Energy Star  certified, and I got rid of freezers that [used] Freon [which is harmful to the ozone layer]," said Shields. "Right now we are probably close to $80,000 deep [on just ovens] and we still have a long way to go in terms of walk-ins and stuff like that."

One of the biggest investments was nearly $50,000 in two double-deck Blodgett HydroVection ovens, which Shields says was totally worth it.

The ovens are great for cooking and reheating large amounts of food, or many plates at a time. With them and his new blast chiller, he can efficiently cook dishes, cool them down and then reheat them without over cooking or ruining the food’s integrity.

That, he said, is key when prepping for large groups, events and banquettes.

"You are using one oven that's cooking 120 plates at a time. You're putting in and pulling out and it's constant service with consistent hot plates," he said. The new ovens also have helped him get through the current labor shortage. 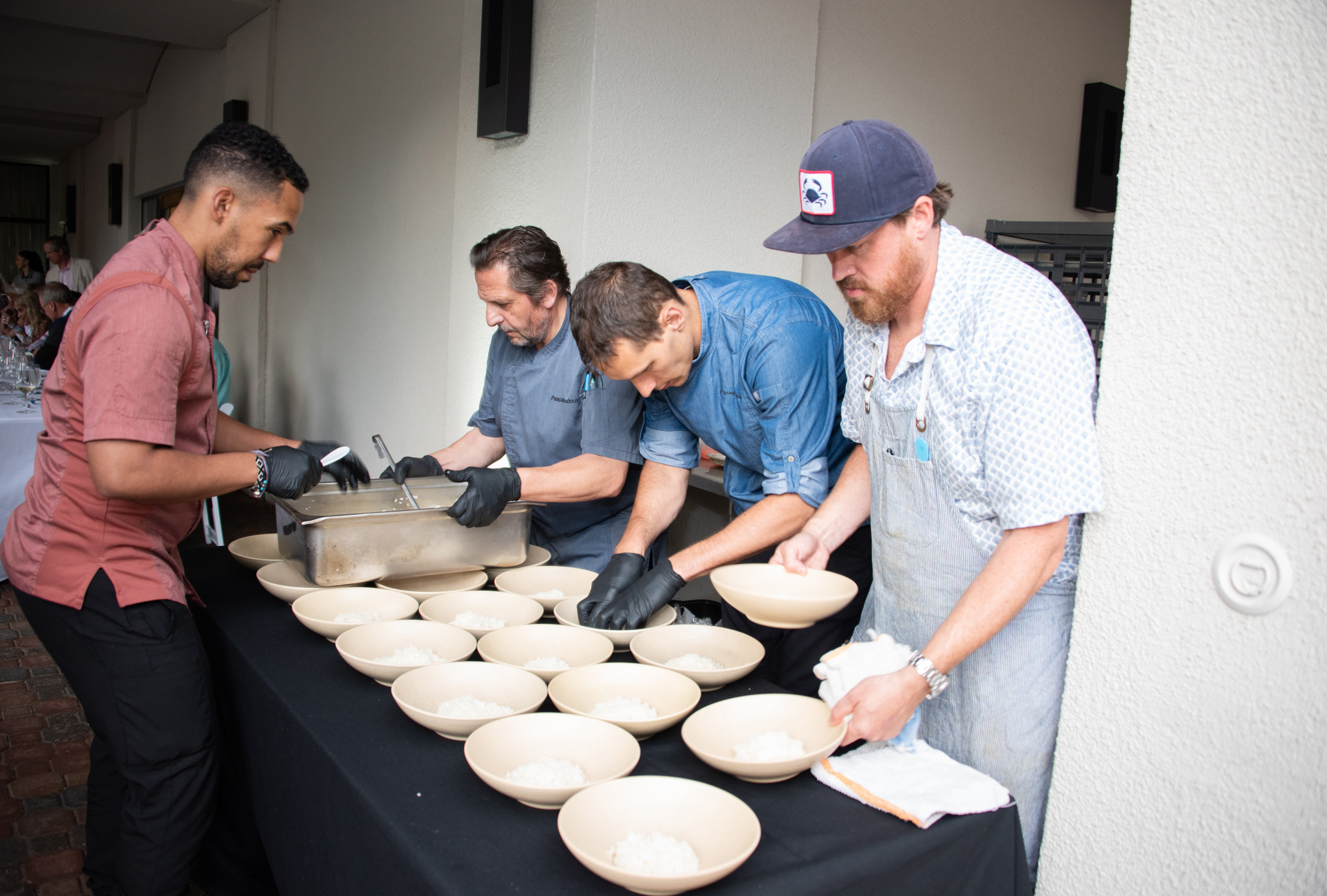 "We have to be efficient,” he said. “And though we love using interns and [others], if they don't exist [in the work force right now] we still need to cook it all."

When he started at the resort in November of 2020, there were only two chefs on staff to run the Gessner Restaurant and Bar as well as the Fireside Lounge. They also needed to stock the takeout “Marketplace” and provide room service. Overall, it wasn't a good system he said, and eventually one chef moved on and he promoted the other to the position of executive sous chef. From there, Shields built the team and system from the ground up.

While creating a solid work force for the resort's two restaurants and kitchen as a whole was Shields' main focus, finding ways to do things better and more economically definitely played a part. Aside from the aforementioned equipment renovations, he worked with his food rep at Shamrock to get food deliveries at the same time as the hotel's household supplies to reduce the number of trucks driving up and down the mountain. He also consolidates deliveries so things that last longer can be bought in bulk.

The resort as a whole is also working to remove single-use plastic bottles and replace them with reusable ones guests can buy. He’s also working on making etched glass carafes and cups available in the rooms to cut down on waste.

The loading dock, too, is undergoing scrutiny and the chef would like to see the bins of cardboard become more compact by using a bailer. That way, he said, there will be room for composting and other ways of dealing with food waste.

Shields also keeps in contact with other chefs in Vail and nearby. For example, he works with the nearby Four Seasons Resort and Residences’ executive chef Simon Purvis to figure out combined sustainability strategies, such as getting rid of single-use dishes that are often used in the pool areas at both properties (and all over the rest of the mountain town, too). The answer seems to be melamine plates made with a fire- and heat-resistant material that's virtually unbreakable. It's also dishwasher safe and can be made to look like marble, wood and other high-end materials.

"It's a trend that's slow, but it is catching on," said Shields. "Yes, you pay five times more or so for a melamine plate than a paper plate, but you use it maybe 100 times, where a paper plate gets used once."

For Shields, the push for sustainability is personal. He grew up in Ohio where his grandfather started a coal strip mining company. But unlike many such ventures, the family worked hard to return the land they rented to mine to its pre-mining condition. 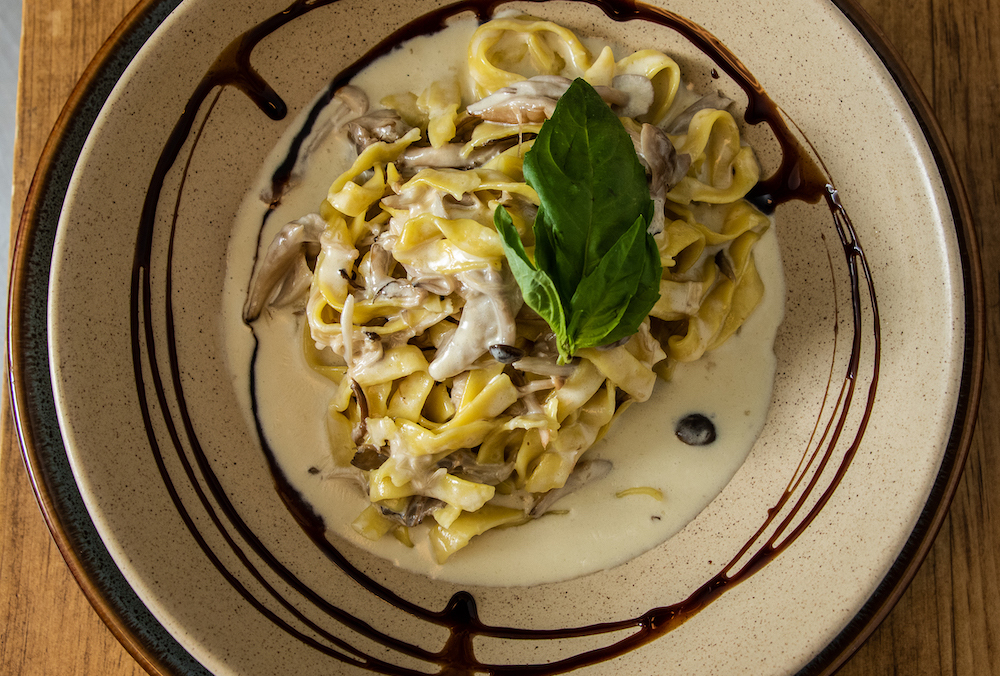 "We needed those resources out of the ground back in the day to power things, but we had to turn the land back into farmland so you would never know when you drove by and saw pigs and cows grazing," said Shields. "My grandpa was also a painter and it would have killed him to gouge the land and then leave saying it was the owner's problem."

With the new energy-saving and eco-friendly actions being put in place at the kitchen in the Grand Hyatt Vail, Shields joins a handful of other chefs in the area who are doing their own part to keep Vail Valley clean, sustainable and better for the tourists, workers and residents, one reusable plate and energy-efficient appliance at a time.