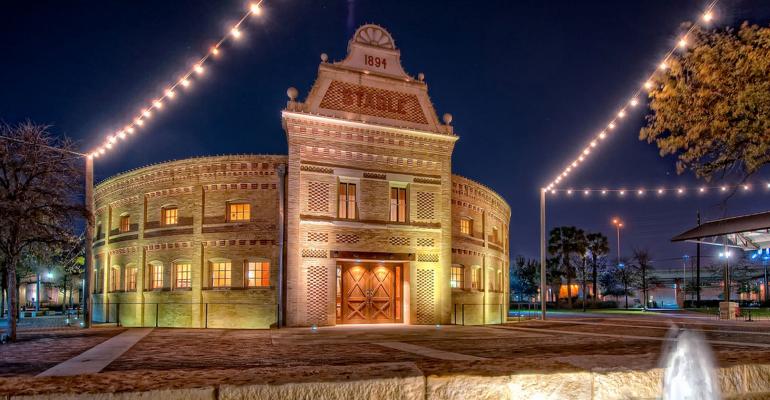 Two new concepts are coming this year at the San Antonio, Texas, destination

The Pearl in San Antonio, Texas, has roots dating back to 1883, when the site first operated as a brewery. Rehabbed in the early 2000s, the 23-acre development began attracting tenants in the aughts, and today is home to Hotel Emma, numerous restaurants, a farmer’s market and a Culinary Institute of America campus. It draws locals and visitors to the area and has established itself as the city’s most popular destination for food and drinks.

Recently, a restructuring at Pearl resulted in the formation of a new restaurant company, Potluck Hospitality, to conceive, create, operate and manage concepts. Created by Pearl veterans, the team is led by CEO Elizabeth Fauerso, formerly the chief marketing officer of Pearl.

Potluck Hospitality is one of three companies that emerged from the restructuring at Pearl, which continues to oversee the property.

Potluck Hospitality and its concepts are tenants at Pearl. And Pearl Build handles new development projects at Pearl and elsewhere in San Antonio.

Ladino is a partnership with Austin, Texas-based Emmer & Rye Hospitality Group. The 200-seat Mediterranean restaurant is helmed by Berty Richter, known for the Israeli street food concept TLV in Austin. Landino will serve small plates and a menu centered around the charcoal grill when it opens this summer.

Carriqui is a 380-seat, 11,000-square-foot restaurant named after the green jaybird that’s native to South Texas. Led by Jaime Gonzalez (former executive chef of Supper at Hotel Emma), it will focus on South Texas foodways, from the Rio Grande Valley to the Texas coast and north to San Antonio. Dishes include fresh Gulf seafood, pit-cooked barbacoa and brisket, and house-made masa, plus a craft beverage program. It’s slated to open in September.

The company is also turning the Pearl’s historic stable building into a music venue called Stable Hall. Set to open next spring, it can accommodate about 1,000 concert guests and will also feature an outdoor beer garden.

Potluck Hospitality’s current focus remains in the Pearl neighborhood, but after 2024, Fauerso said the company plans to expand its footprint into other parts of town.

The Potluck team is made up of chefs, designers, brand strategists and finance experts, with its name inspired by the idea that everyone has something to contribute. And the group’s stated goal is to create spaces in which all participants flourish.

“The pandemic exposed what we anecdotally knew: that the hospitality industry is profoundly broken,” said Fauerso. “Razor-thin margins, a historically exploited and vulnerable workforce, and an emphasis on the customer experience as the only measure of success resulted in a reckoning. This reckoning was our call to action to be a company that looks inward as well as outward to bring into being concepts that are great places to work and great places to be.”