Roots Southern Table is a new restaurant in the Dallas suburb of Farmers Branch, Texas, by chef and restaurateur Tiffany Derry.

For this dish she uses black eyed peas in three ways: as the base for the hummus, in accompanying fritters and in the salad that tops the hummus.

For the hummus, Derry whips cooked black eyed peas with garlic, tahini, lemon and olive oil until they’re very smooth. Then she tops that with a salad of black eyed peas mixed with onions, bell peppers, celery, dill, parsley, mint and a vinaigrette.

The hummus is accompanied by akara, a fritter from West Africa made with uncooked black eyed peas, habanero peppers, onions and Derry’s own Creole seasoning.

It’s all accompanied by an XO chile sauce made with fried garlic, shallots, chiles, sweet pepper and dried shrimp.

Sol Han, the executive chef of LittleMäd in New York City’s NoMad neighborhood, is one of a number of Korean-American chefs who are making their mark on the city. For his interpretation of this dish he uses raw high-fat American wagyu beef — either the buvette chuck flat or New York strip, depending on what’s available — combined with lean black angus top round, diced and seasoned with soy sauce, sesame oil and a little calabrian chile. That’s gently mixed with a sous vide egg yolk cooked at 67 degrees centigrade for 30 minutes along with a purée of smoked tofu mixed with rice wine vinegar, soy sauce, sesame oil, salt, sugar and Yondu — an umami-rich sauce of triple fermented beans and vegetables.

On top of that are sliced perilla leaves, Asian pear, sesame seeds and chives, plus rice crackers flavored with maesangi seaweed.

David Mor, the beverage director of Robert et Fils in Chicago, is working to reduce food waste at the restaurant, and he does that with this cocktail by using parts of the gem lettuce not used in the restaurant’s green salad and blending it with sugar, water and malic acid to create a colorful and unique-tasting syrup.

He builds the cocktail in a collins glass filled with ice, adding ¾ ounce of Lillet Blanc, ¼ ounce of Suze, ½ ounce of Orlean Borbon manzanilla sherry, ¼ ounce Pernot and ¾ ounce of his gem lettuce syrup, stirring it gently with a bar spoon and garnishing it with expressed lemon oils and a manicured lemon peel.

At China Poblano at The Cosmopolitan hotel in Las Vegas, head chef Carlos Cruz-Santos made this salad out of red, white and green ingredients, representing the flag of his native Mexico, hence the dishes name, which means “homeland.” It’s made with watermelon and jícama topped with pea shoots, pomegranate seeds, candied pumpkin seeds and Tajín in a honey-lemon vinaigrette with house-made chamoy, a Mexican sauce of pickled fruit.

“We wanted to create a unique watermelon dish using traditional Mexican ingredients,” Cruz-Santos said. “The jícama pairs with the summer fruit beautifully and the house-made chamoy enhances the flavors of both ingredients.” 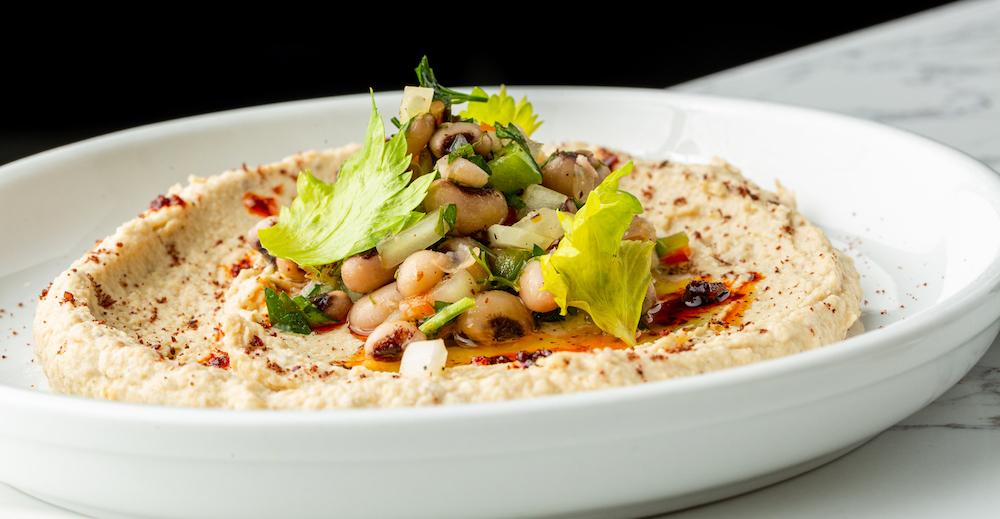 Next Up
New on the Menu: Limoncello wings and plant-based lamb
Start Slideshow ›