The untitled fast-casual fried chicken sandwich restaurant — with scant information listed on a website with the URL/code name “Project Xtra Crispy” — will be the latest restaurant in the AC Restaurants portfolio. Three locations are planned by the end of 2020.

The first location in University Hill in Durham will open in the spring, the Cary location will open by mid-year, and a third location is slated for Raleigh later in 2020.

“I have often thought about the right way to expand our reach beyond downtown, and this felt like the perfect opportunity,” chef Christensen said in a statement. “We are excited to bring the approachable, universally comforting flavor of chicken sandwiches to a larger audience, and to bring our cultural approach to a new model of restaurants.”

Chef Curtis Duffy and business partner Michael Muser is opening another Chicago restaurant called Ever, after his Michelin-starred concept, Grace, closed in 2017 following a bitter battle between chef Duffy and then-owner Michael Olszewski.
Ever does not yet have an opening date but will feature two 12-15-course tasting menus: one seafood and meat-centric, and the other one will be vegetable-forward.
“Chicago is an incredible food city,” Muser said in a statement. “Our job is to supply the city with an extraordinary dining experience that can’t be found anywhere else in the country. If we do our part, we know they’ll support us, we know they’ll respond.”
The 6,000-square-foot restaurant space will seat 75 people.

Award-winning chef Thomas Keller (The French Laundry, Per Se) is scheduled to open a new concept on the Las Vegas strip in partnership with casino and resort company, Wynn Las Vegas.

Scant details are available on the project, which is said to be replacing The Country Club restaurant, which closed in January 2018.

Officials with Keller’s group said more details on the Wynn concept would be available in the fall.

Chef Emeril Lagasse is adding his first restaurant at sea to his expansive portfolio of eateries, with the upcoming opening of Emeril’s Bistro 1396 aboard the Carnival upcoming cruise line’s Mardis Gras ship in the ship’s French Quarter-themed section.

Emeril’s Bistro 1396 — named after the ship’s hull number in Finland — will open in August 2020 for breakfast and dinner and will feature classic New Orleans dishes like po-boys, muffuletta sandwiches, roasted duck & Andouille sausage gumbo and jambalaya. Breakfast dishes include shrimp and grits and a Creole omelet. Bananas foster and lemon ice box pie are available for dessert.

“I’m excited to be a part of this brand-new ship and bring a taste of the flavors of New Orleans cuisine to the guests sailing on Mardi Gras,” chef Lagasse said in a statement.

Iron Chef Morimoto is opening his fourth location of his ramen and yakitori concept, Momosan Ramen & Sake in Park Slope, Brooklyn at an unannounced date in 2020.

“I introduced my first Momosan Ramen & Sake in Midtown New York City in 2016 and it is a very personal restaurant for me as this is the type of food that reminds me of my childhood in Hiroshima,” said Morimoto in a statement. “We have seen such a demand for our first location, it was time to add another location and we are excited to do that in a thriving Brooklyn neighborhood.”

The 2,200-square-foot space will follow Momosan’s first three locations in New York City, Waikiki Beach in Honolulu, and Seattle, which will be opening later this year.

Soul food king chef Jonny Rhodes (Indigo) is opening his second concept in Houston in 2020. The as-of-yet unnamed restaurant will highlight classic soul food with a twist, according to Houstonian Magazine.

The menu will feature comfort food dishes like his well-known toasted marshmallow-topped smoked yam, and his quintessential dish “Ten Toes Down,” made with preserved and smoked turnip and collard greens in slabber sauce. New dishes will include oxtail, ribs, and his own twist on macaroni and cheese.

Chef Rhodes is known for using his culinary talents to open up conversations about oppressed ethnic groups, and for featuring cuisine native to African slaves in America.

A representative for Rhodes described it as: "A quality fast-food concept that will have a large focus on African American street food. Similar to Indigo, this new concept will also be stationed in a food desert, as Jonny is ever-passionate about bringing quality and seasonal ingredients to lower socioeconomic communities."

The 4,000-square-foot restaurant location has a capacity of 100 diners and will serve breakfast, lunch and dinner. Pastries from Füdmill bakery will be served during breakfast, a casual menu for lunch, with more elevated fare for dinner, according to The Denver Post.

“We’re trying to break the mold of a typical airport restaurant, really bring something special,” Seidel told The Denver Post.

Acclaimed chef Nancy Silverton is opening an Italian steakhouse called the Barish inside the Hollywood Roosevelt Hotel in Los Angeles. The restaurant is named after Silverton’s cattle rancher ancestors who lived in Saskatchewan, Canada, in the early 20th century, according to Eater.

Slated to open in January 2020, the restaurant is meant to evoke an old-school Hollywood feel with classic steakhouse dishes intermingling on the menu with baked pastas.

The 120-seat restaurant will open in the space currently known as Public Kitchen & Bar and will be remodeled with a wood-fired oven in time for the opening next winter.

Silverton’s team did not respond to request for further information. 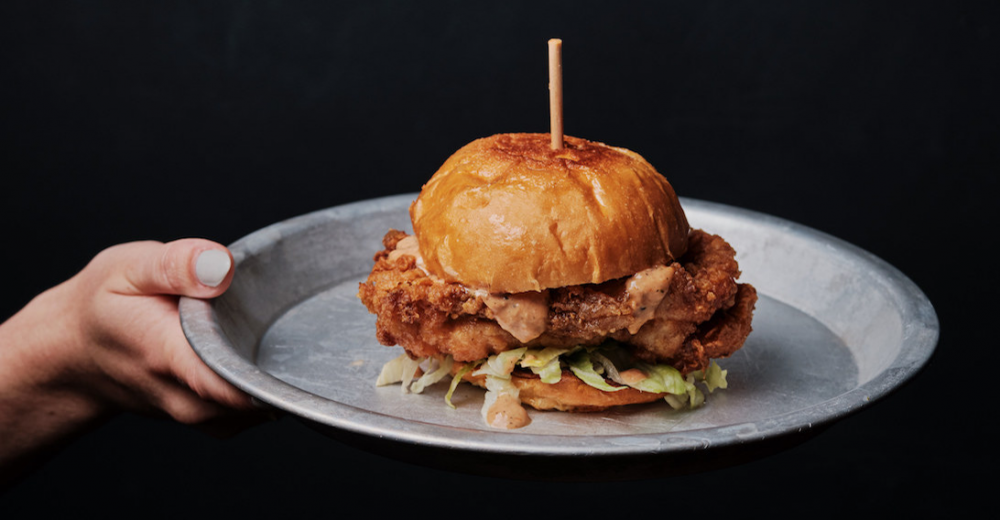