The Pink Hermit recently opened inside the Hermitage Hotel. Like the hotel’s flagship restaurant, Drusie & Darr, it was created in collaboration with Michelin-starred chef Jean-Georges Vongerichten.

Breakfast at The Pink Hermit

The all-day café serves coffee and pastries in the morning, followed by a casual takeaway lunch, and then small bites, Champagne and cocktails in the evening. Dishes include chia seed pudding, roasted beet Greek salad, egg toast with caviar herbs and a charcuterie board, plus a few favorites from Drusie & Darr’s dinner menu.

Six co-founders teamed up to bring The Mexican to life, including Monterrey-based businessmen and local hospitality pros. The converted warehouse space is 15,000 square feet, with three private dining rooms, a large bar, a cigar lounge and a patio, plus Mexican tilework, ceramic fixtures and art featured throughout the restaurant.

Sea bass ceviche at The Mexican

The menu is centered around Northern Mexican cuisine, with tacos, enchiladas, steaks and seafood, including pan seared scallops and sea bass ceviche. The bar pours Margaritas and wine, and an adjacent tequila wall holds 300 bottles.

Tuna Pizza at Akira Back

The dining room is joined by a sushi counter and robata counter, where diners can watch their fish and charcoal-grilled meat be prepared before them. The menu highlights high-grade beef like 48-hour braised wagyu short rib and Kagoshima A5 wagyu, plus nigiri, hand rolls and Back’s famous tuna pizza, dressed with umami aïoli, micro shiso and white truffle oil.

Taco Nation got its start in 2017, when Tim Ulrich began serving Baja-style tacos from a converted bus. The new sit-down restaurant opened March 1 in the Wheeler District, a walkable community on the south bank of the Oklahoma River.

Tacos and a margarita at Taco Nation

The menu continues to focus on tacos, naturally, but a bigger kitchen means more space to operate. Expanded offerings include nachos and salads, and a beverage license allows the restaurant to serve beers and Margaritas alongside its food. 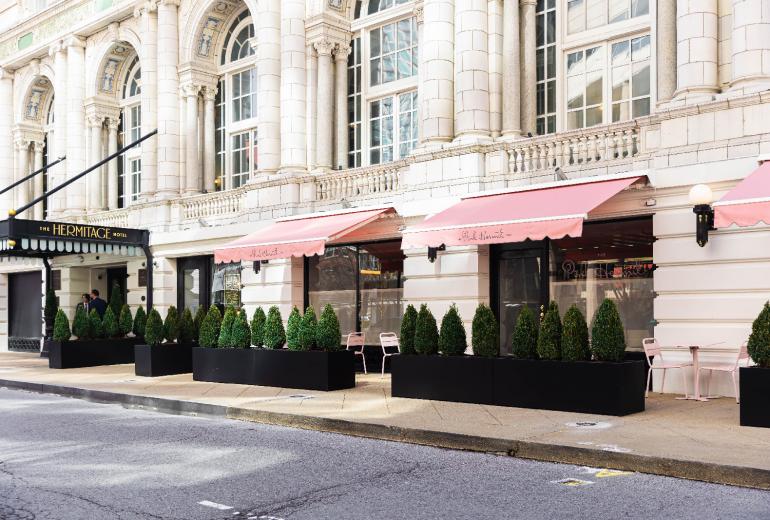