The team from Austin’s popular Mexican restaurant, Suerte, has a new project focused on Mexican seafood and charcoal cooking. Este opened for dinner Oct. 3 in the Blackland neighborhood with chef Fermín Nuñez in the kitchen. The space features a dining room, bar and chef’s counter, plus a wraparound patio.

Este’s menu starts with seafood, including raw oysters with mignonette and salsa, ceviches and aguachiles, plus larger plates like grilled squid and bone-in turbot with shishito-anchovy butter. Tostados and tacos are made with fresh heirloom corn masa, and the 24-ounce T-bone steak is butter basted and served with grilled chimichurri. Este also takes drinks seriously, with a thoughtful wine list and coastal-inspired cocktails that pair with the seafood.

Open since late September, Dea is a new concept from Lynae Fearing and Tracy Moore Rathbun, the duo behind Shinsei and Lovers Seafood & Market, and all three restaurants are positioned on the same West Dallas corner. The name translates to “goddess” in Italian, and the two-story space accommodates about 100 diners between the dining room and bar.

Thistle & Rye is the latest project to open inside the Conrad hotel from Las Vegas-based restaurateur Elizabeth Blau, following the debuts of her concepts Blue Aster and the Lounge at Blue Aster. It’s located on the third floor and has a terrace covered in green turf with a cocktail bar, live music, and a menu serving international street food.

Chef Santiago Gomez opened this Mexican supper club concept in late September. The space seats about 170 diners across two floors, with a dining room and bar joined by a rooftop lounge. Before moving to Atlanta last year, Gomez worked at high-end restaurants in Miami, Mexico City and New York, including Nobu and Daniel.

Full Goods Diner opened September 22 at the Pearl complex in San Antonio. The concept is from restaurateur Ryan Harms and chef Patrick Jackson of Paperboy in Austin, and was created in collaboration with San Antonio’s Potluck Hospitality. It is currently open daily for breakfast and lunch service.

The menu highlights seasonal and local ingredients, with a nod to central and south Texas and Mexico. Diners can expect handmade pastries, seasonal toasts, breakfast enchiladas, migas, pancakes, granola bowls, steak and eggs, a carnitas torta and a chopped cheese.

Italica hails from Buenos Aires, and in October it opened its first U.S. outpost in Miami’s midtown neighborhood. The 3,500-square-foot restaurant comes from the same team behind Negroni, another South American export with a location in midtown. 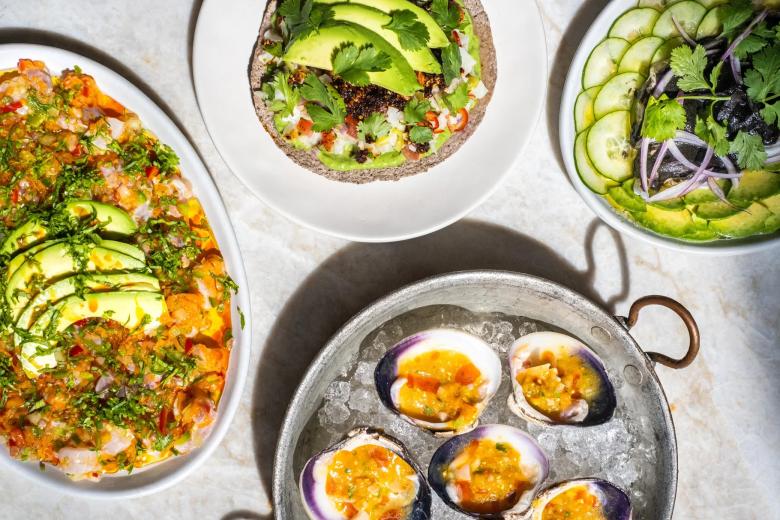