B. Nutritious — a healthy, fast-casual restaurant with two locations in Fountain View and El Monte, Calif. — initially announced franchising in 2018. But now, with the help of DCV Franchise Group, they are ready to get their franchising endeavor off the ground, with their first franchised store opening in Boston by the end of 2020.

Although the future is uncertain with the formidability of the COVID-19 pandemic, B. Nutritious plans to start opening new franchised locations by the end of 2020 or beginning of 2021, with a long-term goal of opening 5-10 stores per year.

“The B Nutritious concept fits really well with the pandemic,” Brian Nguyen, CEO of B. Nutritious said. “People are starting to see the value of eating healthy and how important your health is. We are structured to be a COVID-friendly business and already have a majority takeout concept.”

The B. Nutritious brand focuses on speed and convenience without sacrificing health and nutritional value.

Their menu offers customizable salads, grain bowls, and protein shakes for an average check of $28 and an average restaurant square footage of 1,500 square feet.

The four-unit, Washington, D.C.-based Fruitive — a plant-based, certified organic, fast-casual restaurant with a focus on healthy ingredients and honest menus — initially announced a franchising campaign at the beginning of 2020.

Several months later, the independently-owned company, founded by Gregg Rozeboom,  is focused on bringing its plant-based concept to new markets and is seeking franchisees. As of now, Fruitive has already signed a franchising agreement in the Midwest but declined to comment on exactly where or when the new stores would be opening. The company did stipulate that they will wait until “things gets back to normal” before breaking ground on new stores.

“Our organic, fully plant-based menu is a perfect reflection of our motto ‘Live Your Health,’ providing options that make you feel as good as they look,” a representative for Fruitive said. “All Fruitive menu items are made from scratch using single in-house ingredients. We are looking for franchisees who share our mission of remaining innovative, sustainable, guest-focused, and honest.”

Fruitive sells vegan, organic breakfast and lunch meals like smoothies, salads, sandwiches and waffles with an average entrée price of $12.

Another health-focused, quick-service concept, the Florida-based Green Market Café, is searching for franchisees. With three units and a catering arm, Green Market Café made their initial franchising announcement in June.

Owner Andrew Koumi has plans to expand his concept to 50 franchised locations over the next five years and is looking for new franchisees with interest in the “huge potential of off-premise and catering."

“Our focus is making healthy food taste good,” Koumi said. “The value at Green Market Cafe is unmatched as our portions are sizable and we include a free soft serve with every purchase.”

Green Market Café has an average check of $22 and an average restaurant size of 1,600 square feet.

Additionally, the fast-casual, delivery-focused pizza and pasta concept will build up its presence in its home state of Colorado, with 25 corporate locations in the state and 75 franchised units planned over the next five years. Mici is working with Franchise Evolution Partners on the franchise development end and Artizen Advisors on the real estate and development end, although no franchise development agreements have been signed yet.

Over the past two years, Mici has expanded by 50%, thanks in part to efforts made by CEO Elliot Schiffer (Smashburger, Lettuce Entertain You) who joined the Micelli family’s restaurant group in 2017.

“The Miceli family has built the Mici brand over the past 16 years and I've been grooming it for future growth since 2017,” Elliot said in a statement. “Despite a lot of interest, we've held off on franchising in order to get our systems and product in place. We cannot wait to open up the brand to growth through franchising.”

Over the past couple of years, the company has patented its Mici-Z Pizza Press to create “the perfect pizza crust every time” and has also developed and revamped a new loyalty program.

The average check at Mici is $33 and average restaurant size is 1,750 square feet.

The Original Hot Dog Factory — with a menu of themed, gourmet hot dogs from a classic New York hot dog to the Texas Rodeo hot dog wrapped in bacon and topped with chili — announced a franchising expansion this summer.

With an original franchising announcement in 2019, the four-unit, Atlanta-based chain is opening 15 new franchised locations over the next few months, with another 26 in development. In a self-funded move, The Original Hot Dog Factory will be expanding to all-new markets this summer in Houston, Detroit, Charlotte, New York City, Atlanta, and Birmingham, Ala.

Originally opened in 2010 in Atlanta, the company was rebranded and poised for national expansion in 2015.

“With economy cranking back up, we are seeking experienced single or multi-unit franchisees to acquire and develop locations in shopping areas, colleges, and more,” McKinley said in a statement.

Despite the challenges of the pandemic, principle owner Dennis McKinley believes that the pandemic amplified their pickup and delivery-friendly core menu items, including hamburgers, chicken sandwiches, salads, fries, and shakes, in addition to hot dogs. He also believes the atmosphere of the pandemic created less competition for franchisees, so that they naturally received more interest.

In five years, McKinley believes that the company will be expanded to 250 locations nationwide.

After franchising launched in 2017, The Salad House — owned by founder/CEO Joey Cioffi — opened up two new franchised locations and currently has four restaurants in New Jersey, with expansion planned throughout the state, as well as new markets in Long Island and Westchester County, New York; Connecticut and Bucks County, Pennsylvania. The next Salad House location will be opening in Livingston, New Jersey this fall with more development to follow.

“The Salad House stands out from the competition because it offers a lifestyle menu complete with options that everyone can enjoy, including those with food restrictions and diets,” a representative from The Salad House said.

The average check at The Salad House is $18 (though during the pandemic has risen to $20) and the average restaurant size is 1,500 square feet.

Wing it On — a four-restaurant, one-food truck, quick-service wings and sandwiches chain that began franchising in 2014 — recently announced a new expansion plan in Raleigh, N.C. Founder and CEO Matt Ensero recently relocated the company from Connecticut to Raleigh and the team is working on expansion plans from there, with four corporate stores (including one in Raleigh opening in August 2020) and six franchise units in development that will solidify the company’s position in the Northeast corridor of the United States.

The company is expanding with the help of WIO Franchising, Inc. and plans to continue opening both corporate and franchised locations in the future. Leases have been signed at new locations in Prattville, Ala. (coming in September 2020); Atlanta, Ga. (October 2020); Spring Hill, Fla. (Projected Early 2021); Columbia, S.C. (Projected Mid-2021); Boston, Mass. (projected mid-2021) ; Cary, N.C. (projected late 2021) and a second location in Atlanta in late 2021.

Despite the pandemic, sales at the takeout-focused wings brand have grown 40% over the past few months, forecasting a positive outlook on their expansion plans.

“Our goal is to be known as the ‘better wings and ‘wiches’ brand,” Ensero said. “We are on a mission to elevate the ‘wings and ‘wiches’ game in quick-service by serving our customers a next-level Buffalo quality wing experience as well as the freshest, most delicious chicken sandwiches around.” 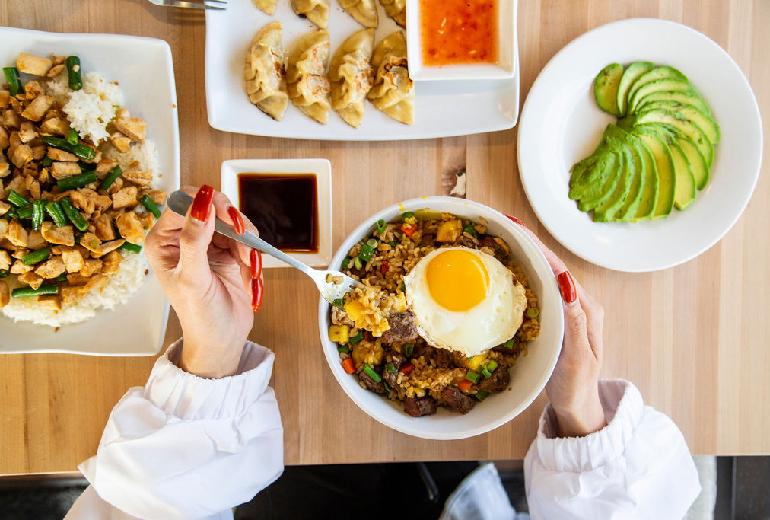