The fast-casual concept, known for its potato chip-topped Crunchburgers, announced franchising in March, with the goal of opening 500 locations over the next seven years. Current target markets include Charlotte, N.C.; Las Vegas, Denver, Phoenix, Dallas, Philadelphia and Toronto. Although no franchise agreements have yet been unveiled, the announcement of new locations is imminent, and 4-5 more locations will be open by the end of the year.

“Bobby’s Burgers is where craveability and approachability meet,” Flay said in a statement. “I am proud of what we have built with Bobby’s Burgers. It’s now time to grow the brand, so I am beyond ready to launch our franchise initiative.”

Cookie Co. bakery and cookie company began franchising in August 2021 and just signed its first franchisee in March as the dessert and snack category really takes off. This sweet treat bakery currently has three locations in the Redlands, Calif. area. and changes its flavors weekly, including unique creations like chocolate cupcake cookie, French toast and Lucky Charms.

Cookie Co. has big dreams of opening 25 bakeries by the end of 2022 and is particularly focused on major urban markets in Texas, including Dallas, Austin and Houston, as well as Arizona, Nebraska, Utah, Idaho and expanding to other areas of California.

Dank Burrito is working with UFG to develop its franchising program and the Franchise Matchmakers to handle sales. The brand currently has two locations and a food truck and is looking to expand across the Southeastern region of the United States, particularly the Carolinas and Florida. The long-term goal is to bring Dank Burrito out west too. By the end of 2022, Dank Burrito hopes to have two franchised locations open with 15 more in the works.

“Dank Burrito is not your typical burrito joint where the same tired flavors are used over and over again,” a Dank Burrito spokesperson said. “We combine our favorite flavors from around the world with fine-dining techniques to make new kinds of flavor-bomb burritos, tacos, and bowls you’ll fall in love with over and over again.”

While the noise around the plant-based movement has been mostly around burgers, Orlando-based Dharma Southern Kitchen gives Southern comfort food a vegan makeover. Led by chef Shaun Noonan, the fast-casual concept is known for its plant-based twists on Southern classics like Nashville fried chick’n and biscuits with plant-based sausage gravy.

Dharma Southern Kitchen currently has three locations and began franchising at the start of 2022 with help from an investment funding campaign through the StartEngine platform, with plans to open two new Florida locations soon and expand throughout the Gulf states. Though franchisees have not been announced yet, the company plans to have six locations open by the end of 2022.

“There really isn’t anyone else in our category,” Noonan said. “There are a few independent plant-based Southern comfort food restaurants scattered throughout the country but we are the first and only chain specializing in down home plant-based comfort food.”

Currently with five locations and one food truck, the brand distinguishes itself as a sports bar with a family atmosphere. Dirty Birds has already opened one food truck under its new franchising umbrella and hopes to open approximately 15 more by the end of the year, specifically in college sports towns and locations nears/in the beach, resorts and sports arena. So far, the company has interested franchisees on the West Coast, in Texas, Illinois, New Jersey, Michigan and Florida.

As poke continues to have its moment in the spotlight, Arizona-based chain Koibito announced in January the signing of a franchise sales agreement with True Capital Partners, which agreed to opening a minimum of 300 locations in eight states over the next five years.

The four-unit chain was founded by former Major League Baseball pitcher Todd Stottlemyre in 2018 and began franchising in 2021. The goal is to have 25-30 stores open by the end of 2022 and 150 open by the end of 2024. Koibito’s founder is looking at penetrating the Texas, Nevada, Colorado, Florida and Northwest markets next.

Although the restaurant has one location right now, Savannah Seafood Shack plans to secure 20 U.S. territories this year, with four stores opened in year two, 14 stores by year three, and 70 stores by its fifth year of franchising. The first markets the fast-casual brand wants to penetrate are Arizona, New Jersey, Washington, D.C. and Georgia.

“Savannah Seafood Shack offers a unique approach to seafood from its cuisine to its serving and packaging and has become a local favorite with its single-portion Lowcountry boil bags and innovative twists on seafood classics with mess-free options like peeled and deveined shrimp,” a representative for Savannah Seafood Shack said.

Turning Point is a 21-unit, New Jersey-based casual dining concept known for its approachable menu that sits somewhere between family-friendly pancake stacks and boozy brunches. The company began franchising in January with the plan of attracting franchisees and employees to its daytime hours (breakfast and lunch-only) and unique concept.

The restaurant brand signed its first franchised location in Pennsylvania, with more on the way, particularly in the Mid-Atlantic region of the country. CEO Kirk Ruoff also thinks the restaurant would do well in Florida and the Carolinas, as well as New England.

Moving forward, Ruoff said that Turning Point hopes to add both franchise and corporate locations and will be selective with the type of franchisees the brand will be open to, including single-store owners. 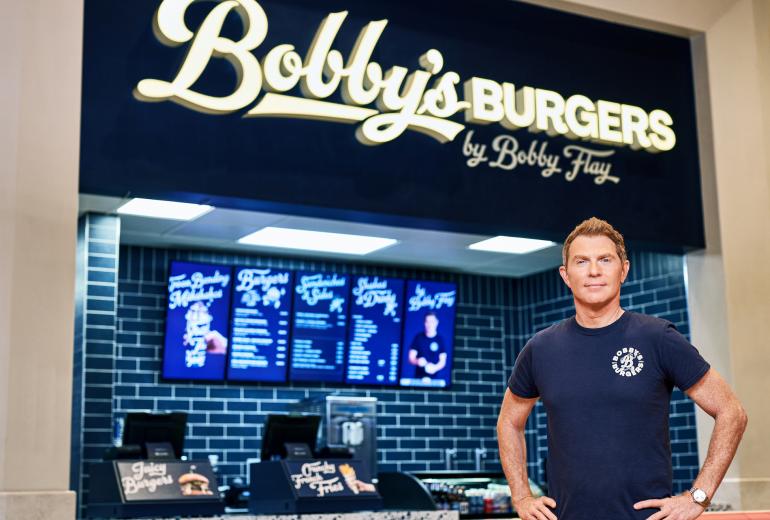