More than 30 wines are served by the glass and the bar features hand-crafted cocktails.

A world of oysters
Canon Club

Oysters are served as singles, by the half dozen or dozen, and come from around the world, including Point Lookouts from Virginia, Coromandels from New Zealand; and Pacific Plumps from Washington state.

See and be scene
Canon Club

An outside patio allows for celebrity spotting.

Japanese squid is grilled and served with heirloom tomatoes, kale, ginger and harissa. 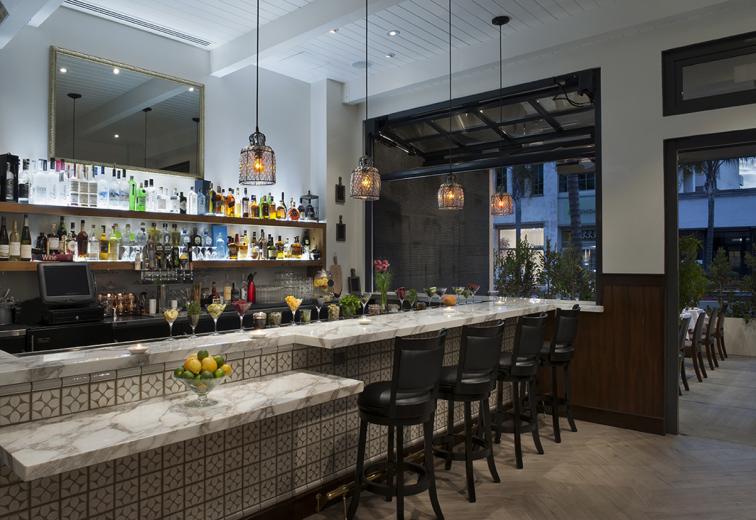