We’ve been following this culinary couple for some time, so of course we’ve got to get to their newest dining destination, Odys + Penelope. We think nothing rivals live-fire cooking, and these two are using a Brazilian churrasco, wood-fired smoker and an open grill to churn out some killer dishes.
Blackbelly Market
Boulder, CO
Opened: November 2014

Another market/bakery/restaurant hybrid, Urban Eats caught our attention with eclectic cuisine inspired by American family recipes. Urban Eats showcases local products through partnerships with vendors like Kraftsmen Baking, Angela’s Oven, Houston Dairy Maids and Cloud 10 Creamery. The coolest part: diners are encouraged to “make the feast their own” by mixing and matching entrees and sides. All of the selections can be ordered á la carte or as “feast and share portions” for the whole table.
Atlas
Atlanta
Opened: January 2015

Any time you’re dining at a St. Regis hotel it's likely to be pretty luxe. While that may not be our cup of tea, sometimes it’s nice to splurge. At Atlas inside the St. Regis Buckhead, Gerry Klaskala is going to make sure we get our money’s worth. The $5-million restaurant “is open to the public but feels like a private club,” he says. “Atlas will no doubt become one of the key places you turn to for great food and impeccable service.” Photo: Brian Gassel
Talde
Jersey City, NJ
Opened: January 2015

We’ve long been fans of chef Dale Talde and his Asian-American hotspots in Brooklyn. His latest spot features creative dim sum and robata-grilled dishes in a chic, industrial space designed by Anthony Carrino and John Colaneri of HGTV’s Kitchen Cousins. Good eats in a good atmosphere—what beats that?
The District
L.A.
Opened: February 2015

Vietnamese cuisine may finally be getting its due, and Hannah An, of the Crustacean Beverly Hills hospitality family, seems to have gotten it right. Her focus, from design to dinner to drinks, was on creating an authentic Vietnamese experience. The District occupies a two-story, indoor-outdoor space, with the lower level reminiscent of a bustling Vietnamese street scene. Photo: Zack Benson
DBGB
Washington DC
Opened: September 2014

Daniel Boulud's latest, DBGB, is the first restaurant to open at CityCenterDC, a mixed-use development that covers five city blocks and brings world-class dining and shopping. The menu of classic brasserie dishes with a modern twist and classic American dishes with a French twist appears to be another home run from Boulud.
Off the Strip
Las Vegas
Opened: February 2015

OK, we’ll admit it: This restaurant piques our interest more for the insane people-watching potential than for its culinary brilliance. Off The Strip, a legendary locals hotspot in Las Vegas, has upped its game with a location at The Linq, at the base of the world’s tallest ferris wheel. Yes, you heard that right, a giant observation wheel that offers views of The Strip and the sprawling Las Vegas outskirts. After you’re done taking a spin, find us down at Off the Strip, enjoying classic comfort food and genuine service.
Cucina Enoteca
Newport Beach, California
Opened: December 2014

We’ll finish off our shopping excursion at Fashion Island in Newport Beach with a glass of Italian wine outside on the beautiful patio, taking in the hot sun cooled by a light breeze. Cucina Enoteca marries dining and design with a California-inspired Italian kitchen and wine shop. It’s distinctively Southern California, with pristine views of the Pacific Ocean. Sign us up for the Birkshire Pork Osso Bucco with black truffle pumpkin polenta. 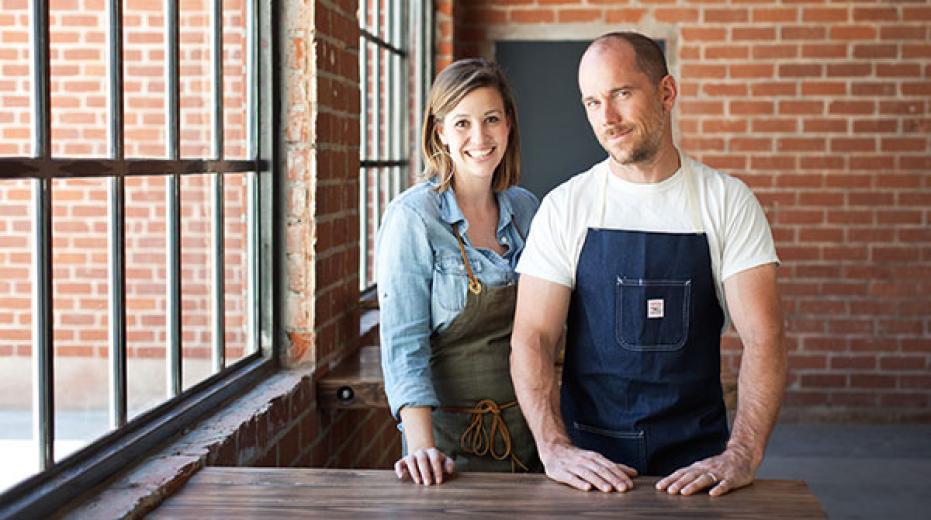