An American supper club led by Executive Chef Brandon Chavannes opened in early February with a blend of sophistication and Southern hospitality with a hankering for old timey 1950s supper clubs. Of course, there are modern twists designed to surprise guests. You’ll hear old jazz records in the lavish dining room and 1,100-square foot front patio that’s at once a hideaway and a stage from which to “see and be seen.”

The Betty is open for breakfast for early birds between 7 a.m.-10 a.m. on weekdays, later for brunch on weekends and there’s dinner and bar service all week. Breakfast offerings range from sweet to savory with baked items and pastries alongside bagels with salmon, crushed avocado, tomato and onion.

The Betty dinner menu will change with the seasons, starting this quarter with steak tartare, Wagyu beef cheek stroganoff with black pepper gnocchi; linguine and Georgia clams with uni, chili and garlic and whole salt-crusted fish for two with artichoke and truffle. Desserts are playful: strawberry cheesecake with prosecco-rose gelee and macadamia nut crumble, for example.

Madam, set to open in March, will be the flagship restaurant at Daxton Hotel, which is in the city of Birmingham, a half hour north of Detroit. Chef Garrison Price is at the helm and he’s approaching enlightened American fare that’s as fresh as California but as scrappy as Detroit. Owner Mark Mitchell says both the space and menu at Madam set the scene for “an effortless ability to balance whimsy and fun with a refined sensibility and worldly education.” Price’s plates include Venere black rice with wild shrimp, melted leeks and an egg yolk and roasted lamb saddle with black maitake and pine-smoked tea.

Executive Chef/Partner Donald Young has cooked his way through Chicago, into France and back, most recently at Miramar Bistro and Les Nomades. Venteux is his new French brasserie featuring a swanky oyster and champagne bar in downtown Chicago. Designed by Studio Munge, Venteux has indoor-outdoor space and a romantic garden terrace. Dishes are sophisticated French faves, elevated and whipped into something new, like this Grand Marnier souffle, a nod to Young’s celebrated history of decadent souffles at Les Nomades.

One of Young’s calling cards, the omelet at Venteux is a delicate mixture of lightly scrambled egg and Delice de Bourgeon cheese, a soft-ripened triple-cream cow’s milk cheese from the Burgundy region of France. The dish is topped with trout roe and a yeasted hollandaise sprinkled with grated salt-cured egg yolk and an herb salad.

Jake Wood of Lawrence BBQ is thinking outside the box with this shipping container concept. Located within a development of all shipping containers, Boxyard RTP, Lagoon is leaning into a tropical-retro 70s/80s vibe. Think Jimmy Buffett if he was a pitmaster in North Carolina. The “snack bar style” menu features barbecue, N.C. oysters and a shareable Paradise Party Platter.

Lagoon’s beverage director Zack Thomas will focus on booze slushies and fruit forward drinks in fun souvenir cups. “To me,” Wood said, “leisure time means I am momentarily not tied down to the everyday worries and responsibilities. I can escape from the reality that is the hustle and focus on the enjoying myself and taking things a little bit slower.”

Pronounced “Madrid,” this upscale casual restaurant is perched 27 floors above the city, on top of the Amway Grand Plaza, Curio Collection by Hilton. Chef Stephan VanHeulen is creating a menu with meat and seafood dishes, like fileta a la plancha, steak with piquillo pepper and black garlic sauce, salted cod and Spanish classics like patatas bravas.

The view at MDRD

The modern Spanish restaurant by AHC Hospitality has “the most coveted city views in Michigan,” said George Aquino, vice president and managing director with AHC Hospitality. Thanks to “stadium style seating,” every seat in the house has a good view.

The Bramble at MDRD

The bar at MDRD

“We think the suburbs are truly going to have their moment in 2021 … with so many people relocating to the area from the city in the past year in particular, Megan and I have always known there was incredible potential for this type of dining in St. Charles,” said Chris Curren, a fixture on Chicago’s dining scene, having worked at Fulton Market Kitchen, Seven Lions and Blue 13. He’ll serve as the executive chef/owner while Megan Curren will be event sales manager.

Beachy/comfy yet pristine/austere, Avalon is a steakhouse inspired by Northern shores like Montauk and Nantucket, transported to Delray Beach’s Atlantic Avenue. New York’s veteran hospitality operators Host Restaurants are behind the new concept, which aims to showcase the best of land and sea with an atmosphere of “approachable, unstuffy elegance,” according to a press release.

The name Avalon is in this case inspired by the legendary island of Arthurian legend (not the song by Roxy Music). A soft, calming color scheme of neutrals and blues flow through the indoor-outdoor space, which also offers primo “people watching” ops on the buzzy Atlantic Avenue.

“Dinner was made to savor,” said Host Restaurants President and founder Curt Huegel. “Life is too short to not enjoy a great quality steak.” Guests will be encouraged to “linger longer, enjoy your time here,” Huegel added, to suck the marrow out of life (and the bones that come with this massive Tomahawk for two steak).

One of Las Vegas’ best magic tricks is the world-within-a-world, as St. Mark’s Square is a location inside The Venetian Resort. Within St. Mark’s Square, the new Brera Osteria brings vibes from the artsy Brera neighborhood in Milan, Italy. In the 1920s, this district introduced happy hour to the world, a true humanitarian contribution that they called “aperitivo.” Look for Aperitivo Hour with classic Italian cocktails such as the Seventy Five (gin, champagne, limoncello and lemon twist).

Brera Osteria is the result of long friendship between Matteo Ferdinandi and Chef Angelo Auriana and the Factory Place Hospitality Group. The sophisticated comfort food is inspired by Auriana’s Sunday suppers with family. Dishes will include fresh pasta, lots of seafood, steaks and risotto.

Set to open this summer, Claudia is named for Chicago chef Trevor Teich’s mother, “a constant source of inspiration,” he said. “She’s an example of what can be accomplished with hard work, dedication and creativity.” Claudia the concept began in 2015 as a twice-monthly pop-up in Chicago’s West Town, earning rave reviews. A semi-permanent home in West Loop followed, the pandemic interrupted, but now Claudia has found a home at 1952 W. Damen, which you may remember as being Scylla and also Takashi.

Snails in the Woods at Claudia

Contemporary and cerebral, Claudia is opening with art-on-a-plate dishes like this “Snails in the Woods,” a braised-and-tempura-fried snail dish featuring mushroom and truffle “soil,” shaved truffles, fresh herb “moss” and edible flowers.

In a meta-restaurant opening, a concept born in London inspired by New York’s funky hip-hop vibe is now expanding into NYC IRL (in real life). The concept is known for decadent burgers and vegan options as well. 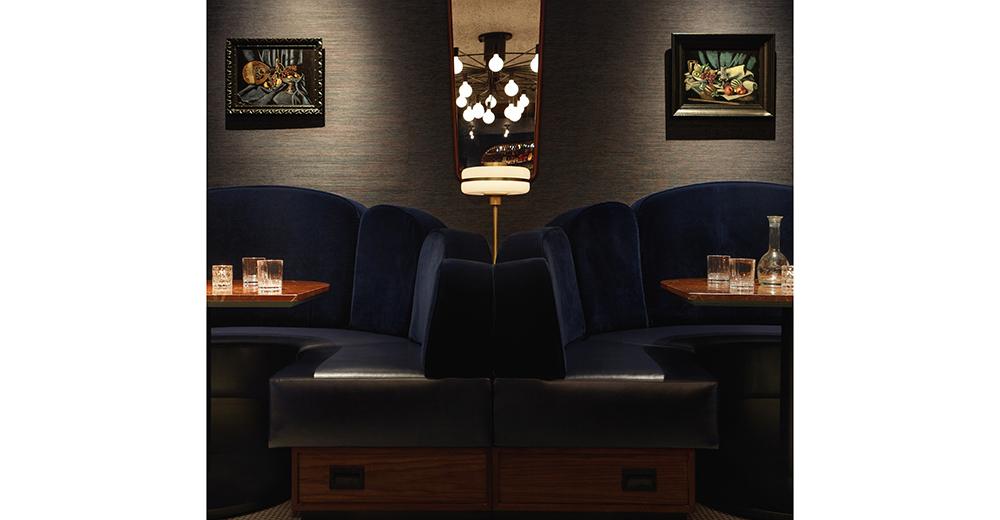