Sorghum & Salt, Charleston, S.C.
Chefs Tres Jackson and Christian Hunter
Price: $16
It really is tough to think about shrimp and not have your mind drift down to Charleston, where, even during hurricane season, Chef Tres Jackson and crew are holding it down. Lots of local ingredients are the focus here, and this dish pays tribute to a few local treasures. The shrimp is succulent as can be, accompanied by a new take on one of the region’s most iconic and historically significant grains: Carolina Gold Rice. Then there’s pimento, heirloom cauliflower and red peas from Sea Island.

GT Fish & Oyster, Chicago
Giuseppe Tentori, chef/owner
Price: $12
Giuseppe Tentori learned a lot during his time with Charlie Trotter. No doubt, one of those things was creating an unspeakably elegant dish that also invites the diner to jump right in. Case in point: A star dish at GT Fish & Oyster, Tentori’s seafood restaurant in Chicago, shrimp bruschetta is a hyper-fresh take on toast: Softly glowing pink shrimp mingles with hot chilies, cool avocado mousse, toasted pistachio and a bitter kiss of grapefruit hiding in the middle.

Cesarina, San Diego
Patrick Money, chef
Price: $28.50
Cozy and contemporary are the buzzwords at Cesarina, a newly opened Italian-inspired trattoria-style eatery in San Diego. The tableware, rustic and bright, is part of the ambience, and hammered copper pots are pretty enough for a place at the table, too. That’s how porcini, gamberi e tartufo is presented, and waiting under the pot’s lid are fat shrimp surrounded by pillowy housemade gnocchi, porcini mushrooms, pepperoncino, fresh parsley, a touch of cream and shaved truffle. 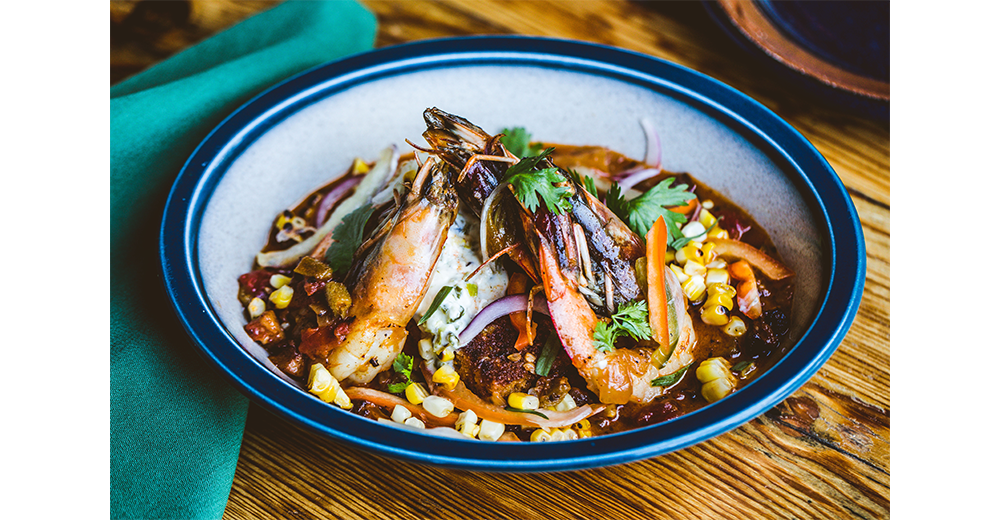