Za’atar is in the Inception stage. The spice blend is considered a premium ingredient that can be found on mostly fine-dining menus.

Za’atar is a spice blend typically made with dried thyme, dried sumac, sesame seeds and other herbs. It’s most commonly found in Middle Eastern cuisines.

Za’atar makes an appearance in the roasted eggplant and egg shakshuka served at The Greenhouse Tavern in Cleveland. The dish consists of crispy lentil gremolata, za’atar, feta cheese and smoked tomato broth. 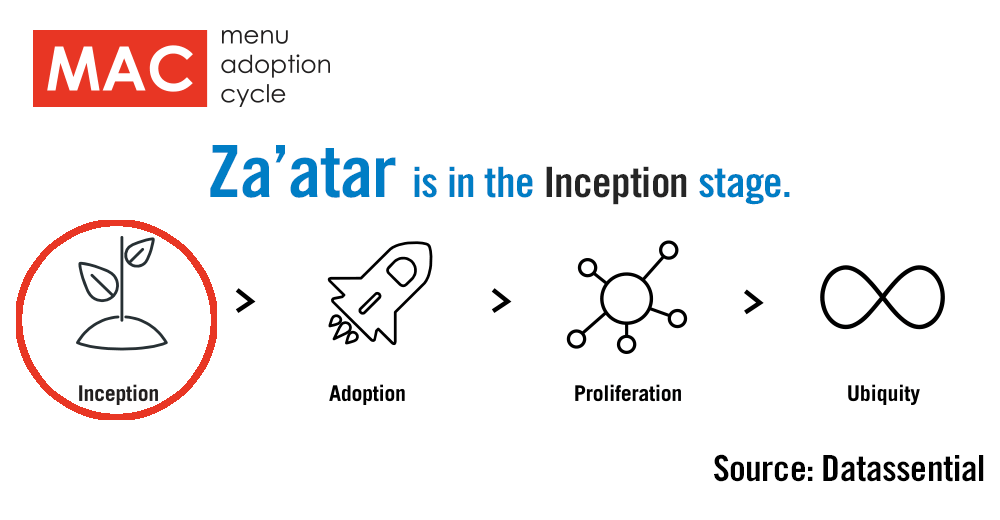 Next Up
Flavor of the Week: Breakfast Wraps
Start Slideshow ›