Le Grand, a Mediterranean restaurant that opened in Los Angeles April 25, offers shareable dishes such as yellowtail hamachi seasoned with ras el hanout (a Moroccan spice blend) and served with strawberries from California farm Harry’s Berries, along with tabbouleh made from amaranth instead of the usual bulgur.

Boston-based Smith & Wollensky Restaurant Group, which owns and operates five units of the steakhouse in the U.S., has a new roster of dishes featuring springtime ingredients. One item is a grilled short rib with soy ginger glaze, watermelon radish and yellow pea shoots.

Retreat Gastropub in St. Louis launched a line of new cocktails named after animals, with $1 from each one purchased on May 8 supporting the Wildlife Rescue Center in Ballwin, Mo. The Foxtail is a whiskey sour version of Mexican mango-chile lollipops. It’s made with bourbon, amontillado sherry, mango, lemon and Cholula hot sauce. It’s garnished with a lemon slice with a sprinkle of chile powder.

Retreat Gastropub is a concept from Travis Howard and Tim Wiggins of On Point Hospitality, the same duo behind St. Louis restaurant Yellowbelly.

Executive chef Jordan Terry of Dirty French, a New York City bistro operated by Major Food Group, recently introduced a new rendition of his mushroom millefeuille that features a seasonal ingredient: ramps. The millefeuille is built with thin layers of king oyster mushrooms in a terrine. It’s roasted, pressed, sliced and then seared. The dish is served with a curry that rotates seasonally. For the spring, it’s a green curry made with coconut, chiles, kaffir lime leaves, cilantro and ramps, and finished with pickled chiles, sweet peas and ramp bulbs. 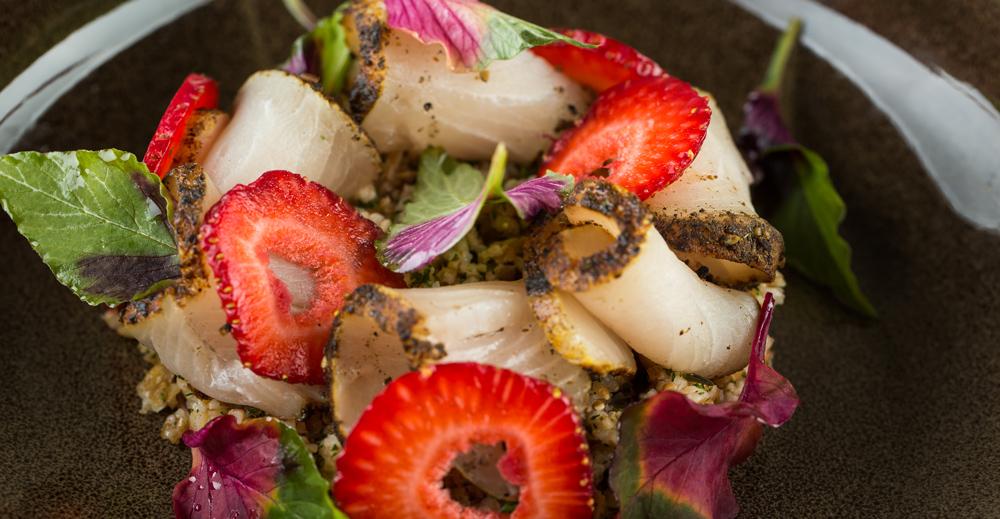