Table, the Crate&Barrel restaurant run by Cornerstone Restaurant Group, opened in July outside of Chicago. The restaurant is helmed by chef Bill Kim.

Chef Kim embraced the benefits of opening a restaurant alongside a home goods store. "We have probably 12 to 13 patterns of china. And usually at most restaurants, you might have two or three."

When chef Kim discovered these Crate&Barrel's glass cloches, he designed his crudités around them.

The new Lululemon store in Chicago is two-levels and 20,000-square feet and includes a store, a gym, and a cafe, serving everything from beer to smoothies.

While Tommy Bahama has been in the restaurant industry since 1997, their new concept, Marlin Bars, caters to customers looking for a quick bite rather than a long meal.

"These have been just such home runs for us," said Wood when discussing the Marlin Bar concepts. 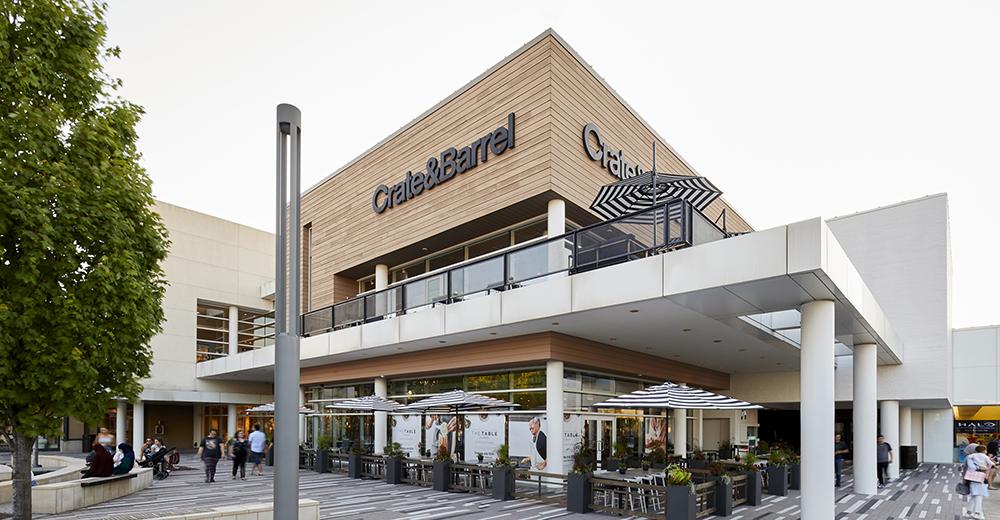 Next Up
Viridian, a dreamy neon wonderland of a cocktail bar, opened in Oakland this month
Start Slideshow ›