ADVERTISEMENT
Curtis Stone
(Co-host of Top Chef Masters and Around the World in 80 Plates. One of People Magazine’s Sexiest Men Alive in 2006)

“Diners coming in for a degustation menu, where they essentially put themselves in the hands of the chefs for the night, are really quite adventurous. We utilize every edible and delicious part of the seasonal fruits and vegetables that we source from the flesh, skin, seeds, oils, leaves and flowers, and it’s no different when we’re dealing with proteins and poultry.”

“I think we’ll be seeing a major comeback of butcher shops, as in the ‘modern day butcher.’ Plus, the trend of using rabbit on menus with items such as chicken-fried rabbit and rabbit loin.”
Jose Garces
(2009 winner of James Beard Foundation’s “Best Chef, Mid-Atlantic;” winner of The Next Iron Chef, regular on Iron Chef America)

“When my team and I visited Argentina for our culinary research trip for Rural Society, one of the big things we wanted to experience was the parrilla culture. We knew the importance of the grill and of cooking over charcoal and quebracho, which is Argentine hardwood. Cooking over solid fuel is really a primal thing, and the flavor it imparts can’t be matched by anything else. There’s simply no substitute.”
Ben Ford
(Founder of Ford’s Filling Station concept, based on the fundamentals of teaching, cooking and foraging; awarded Cochon555 prize)

“Chefs with the ability to mill their own wheat will also be able to use it in a variety of ways, from porridge to salads to pastas and beyond.”

Photo: Frank Ockenfels
José Andrés
(Nominated in both 2008 and 2009 for The James Beard Outstanding Chef Award; 2003 James Beard “Best Chef of the Mid-Atlantic Region;” Hosts PBS series “Made in Spain”)

“We will see more and more (fast-casual restaurants) where you have your food prepared right in front of your eyes with beautiful fresh ingredients. People want to eat well at affordable prices and the fast casual concepts are able to bring quality food to the many.”

“The whole focus on food and our philosophy is about no waste and preservation. Old world technique brought to light in a modern sensibility.” 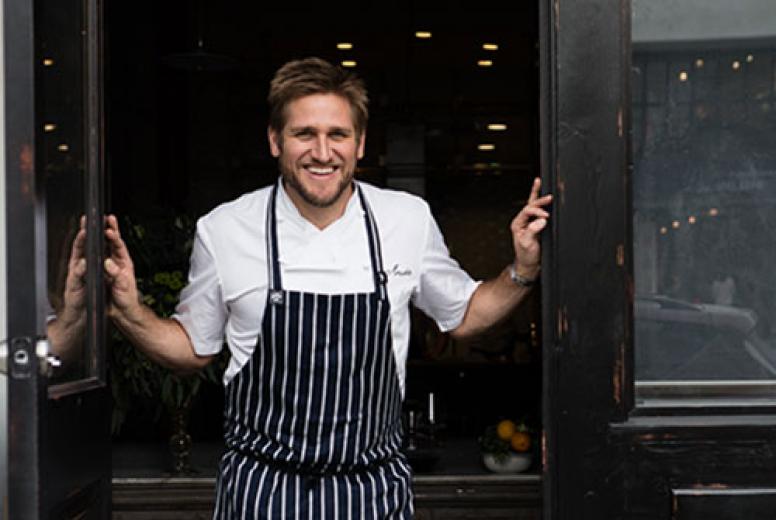