Chef Josh "Shorty" Eden, who had a 12-year tenure with Jean-Georges Vongerichten, built a neighborhood following with August, a trendy get-up in the West Village. Now he hopes fans will follow him across town to the Upper East Side, where August has reopened. Shorty’s new American menu is built on market-fresh ingredients prepared with a French technique.
Redbird
Los Angeles
Opened: February 2015

We first caught up with Neal Fraser when we raided his fridge in 2004, just after he opened Grace. The L.A. homeboy got his start as a line cook at Wolfgang Puck’s Eureka Brewery and Restaurant before enrolling in CIA New York. Originally schedule to open in 2013, it looks as if Fraser has taken his time to do Redbird right. If you don’t believe us, see the original Spanish baroque architecture under a badass retractable roof for yourself.

We’ve been amped to get back to the JW Marriott at LA Live just to see Ben Ford’s new gastropub, which opened in December. Yes, he’s Harrison Ford’s son, but the kid has proven he’s got the culinary talent to make it on his own. He’s walking the walk, working with regional farmers for fresh produce, artisanal meats and dairy. An on-site smoker lets Ford take his passion to the next level.
Galley & Garden
Birmingham, AL
Opened: October 2014

How amazing does this place look? It’s Galley and Garden in beautiful Birmingham, AL, where chef James Boyce and wife and partner, Suzan, are doing modern American-French inspired cuisine with southern influences. The restaurant is located in a 1908 structure once known as the Merritt House, which underwent a dramatic overhaul to open up the space. Windows offer diners a view of the kitchen talent at work.

Next time we’re in Midtown East, let’s meet here for drinks. A comprehensive beverage program from Gil Bouhana (of Milk & Honey fame) is the highlight at this spot. Only four beers on tap, but it’s local quality over quantity. We’ll be sure to sample chef Brad Warner’s seasonal menu, with early favorites such as boneless pork spare rib with XO barbecue, black-eyed pea succotash and Thai curry butter.

Chef Jean Louis Sangare, who opened his popular French bistro first in Manhattan, has branched out and moved south to Buckhead. He brings quite an impressive resume—a graduate of the Écolede l’Hotellerie in Côte d'Ivoire before moving to New York and cooking for 15 years. We see ourselves perched sit at the pewter bar, enjoying a draft and a croque monsieur. 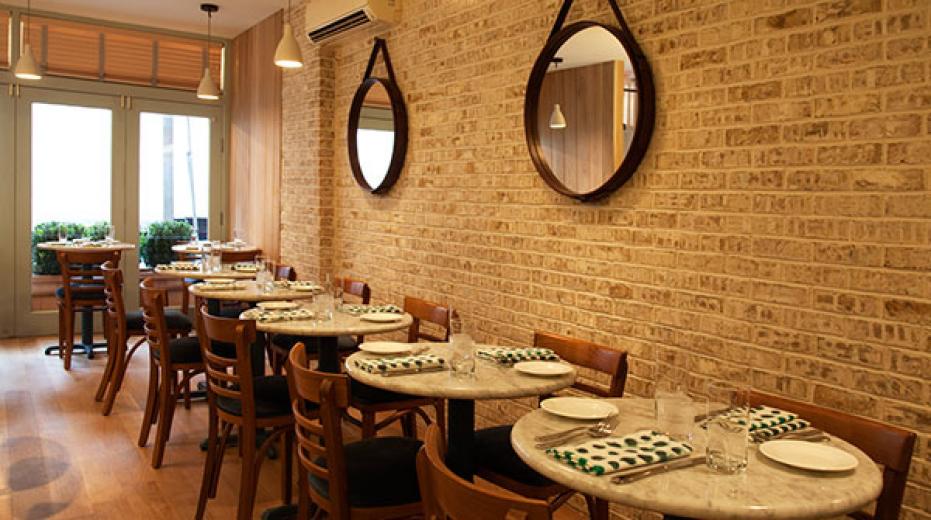