One of the most popular waterfront restaurants in New York City — the Boat Basin Café, located on Manhattan’s Upper West Side — closed last month on Oct. 23. According to the 22-year-old restaurant’s now-deleted Facebook page, the restaurant closed due to a local construction project. A city public works project presentation confirms that the 79th Street rotunda, where the Boat Basin was located, is part of a major rehabilitation project, which could take place over the course of at least four years, as reported by Gothamist.

After the project is completed, city officials will allow operators to bid on the use of the reconstructed space, but even after a prolonged hiatus, Boat Basin owners have no plans to enter the bidding process.

"They closed it for good," a former employee of the Boat Basin told Gothamist.

The New York City Parks Department later confirmed that the city’s contractual agreement with Boat Basin will expire in April 2020. However, the space remains closed and the restaurant’s social media pages and website have been taken down.

Family-owned Dallas gyros-and-burger-focused casual-dining café, Melios Bros. Char Bar, has officially closed on Sept. 22. after nearly a half-century in the business. The closure of the iconic blue-roofed neighborhood café was rumored for months, and the Dallas Morning News reported in an interview with co-owner Tommy Melios (who owned the café with his brothers, Mike and Gus after they bought the space in 1971), that business had been down lately.

Char Bar is just one of many restaurants in the Greenville area of Dallas that have closed in recent years like The Blind Butcher and Pietro’s.

"It hurts me to leave," 76-year-old Tommy Melios told The Dallas Morning News. "I put my life — my whole life — into this."

After the Melios’ brothers lease expired, the owners of the space still do not have a possible replacement tenant.

New York City food emporium Dean & Deluca, known for its upscale groceries and fancy café/bakery, has closed its last location after the small, 42-year-old chain quietly whittled down out of existence.

The last location of the gourmet grocer — its flagship location in Soho — put up a sign on the door on Oct. 7 saying “it is with deep regret that we announce the temporary closing of this location and will reopen soon” but the fact that the sign did not mention possible renovations or an approximate opening date has led to speculation that the closure is more permanent than temporary. This closure follows the chain’s second to last location closing on Sept. 24 in The New York Times building.

In July, The New York Times reported that Dean & Deluca, which is now owned by Thai real estate company, Pace Development, had begun closing locations as debts piled up. The brand, which was still expanding into new markets, began pulling out of leases, and withholding payments from vendors. The remaining stores began stocking shelves with big brand names instead of artisanal products.

After Pace Development took over in 2014, every single one of its 40 stores has since closed.

“I’m rooting for him to restore the grandeur of the better days,” co-founder Giorgio DeLuca told the New York Times in July. “Why keep it open if only to sell Coca-Cola?”

“We are so thankful to those who have continued to support our vision over the past three years,” chef Gilbert said in an announcement on his social media pages. “We have made the decision not to renew the lease on the building and focus our efforts on new projects as well as our other restaurant, Gilbert’s Underground Kitchen.”

Gilbert did not elaborate on why he chose to not renew the lease for the Southern restaurant with an international flair.

On Nov. 1, Gilbert announced a fall dinner series at Gilbert’s Underground Kitchen for an exclusive three-course meal with wine pairings.

There are no updates on future projects under chef Gilbert’s brand.

According to the Atlanta Journal Constitution, Paula Deen Ventures is working with prospective landlords to consider reopening them in spring 2020.

Over the summer, the Paula Deen restaurant locations in San Antonio and Fairview, Texas, closed. All four locations had opened over the last two years.

Phoenix Hospitality will not be involved with any of the upcoming Paula Deen’s Family Kitchen locations.

One of Guy Fieri’s first restaurants has closed. Tex Wasabi — which the “Diners, Drive-Ins, and Dives” host opened with his former business partner, Steve Gruber almost 20 years — closed on Oct. 2.

In 2016, Gruber purchased all of his former business partner’s shares in the company, which includes iconic restaurants like Fieri’s flagship, Johnny Garlic’s. The last Johnny Garlic’s location also closed earlier this year.

"An 18-year run is phenomenal in the restaurant business," Gruber said of the shuttered Tex Wasabi restaurant in a statement, attributing the closure to the "the cost of doing business."

According to The Today Show, both the restaurant’s location and trademark are up for sale.

It may not be making national headlines, but the shuttering of the original location of the 72-year-old Woodside Deli — which closed in October after failing to renegotiate a lease — is breaking the hearts of its Silver Spring, Maryland community.

The restaurant’s sister location in downtown Rockville will remain, along with a Germantown restaurant which operates under the same name but was sold to a different owner ten years ago.

Elzarat said that the failure to negotiate a lease came as a surprise to them as well:

“It’s horribly sad. I’m talking to customers and they’re walking in here crying. We’re an institution. We’ve been here since 1947. We’re part of the community. We are the community,” co-owner Shira Elzarat told Bethesda Magazine.

Elzarat said they are trying to relocate their 32 employees to the sister location. 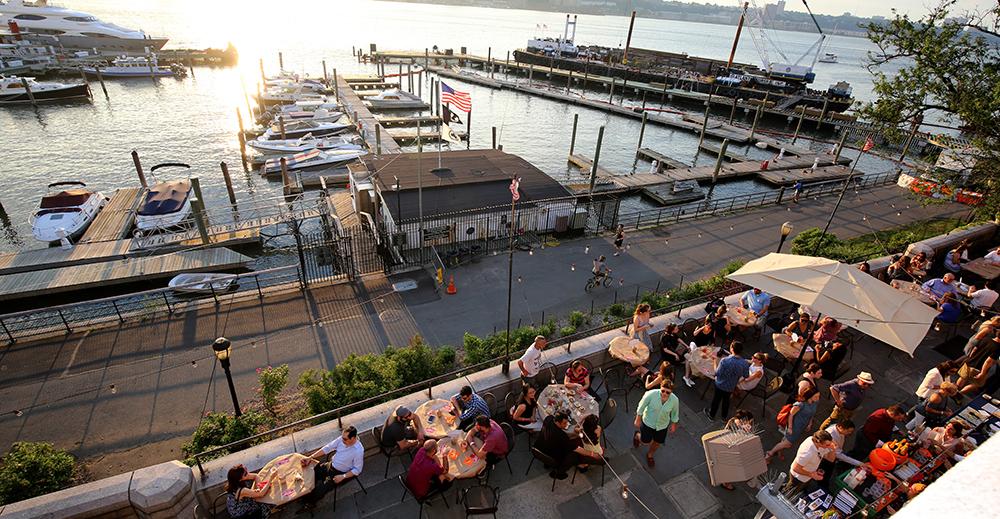