In October 2018, former NBA superstar Shaquille O’Neal announced the opening of his fast-casual restaurant concept, Big Chicken in Las Vegas in collaboration with the chocolatiers behind JRS Hospitality and Authentic Brands Group.

Now, three years year after expanding to Los Angeles and onboard Carnival cruise ship, Mardi Gras, Big Chicken is franchising and looking to bring their comfort food brand to new regions across the United States, with a goal of having 50 virtual and traditional brick-and-mortar locations open by next year both in the United States and internationally.

“Big Chicken initially drives-in customers due to its tie to Shaquille, but the high-quality food and overall experience keeps customers coming back for more,” a representative for Big Chicken told Restaurant Hospitality. “This model has proven to be successful and has driven high income numbers.”

The brand is known for its creative chicken sandwiches, macaroni and cheese and “big cookie” with the circumference of a basketball.

The average check at Big Chicken is $22 and square footage is 2,500 feet per unit.

After delaying the opening of its first shop due to the COVID-19 pandemic, Brooklyn Dumpling Shop (located in Manhattan’s East Village, not Brooklyn) opened its doors in May, with a second location following in Hoboken, N.J. Known equally for its modernized automat-style of faceless technology and its unique dumpling flavors (from cheesesteak to peanut butter and jelly), now Brooklyn Dumpling recently announced franchising. Before even opening, Stratis Morfogen told Nation’s Restaurant News that they already sold 50 franchises, with plans to open 125 units by 2023 and 500 units in all 50 states by 2026.

Beyond Texas, 34 franchised stores are expected to open New York, New Jersey, Connecticut, Texas and Florida this year. Brooklyn Dumpling Shop is partnering with Fransmart to open these new units.

The average check and square footage of Brooklyn Dumpling Shop is $12 and 800 square feet, respectively.

The Dolly Llama — a three-unit dessert chain known for its colorful, social media-friendly ice cream and waffle creations —  is expanding beyond the Los Angeles area through franchising agreements. Although the company announced franchising in 2019, efforts did not really begin until this summer due to the COVID-19 pandemic.

As of September 2021, The Dolly Llama has signed three franchise deals: in Tyler Texas; Jacksonville, Fla. and Bethlehem, Penn., with all three announcing prospective opening dates of early 2022.

Moving forward, Dolly Llama hopes to have 15 franchises signed by fall 2022, and owner/founders Eric Shomof and Samuel Baroux are open to opening in regions across the United States.

“The Dolly Llama concept has stood out amongst competitors due to its unique ice cream creations but also because of the memorable design features within the exterior and interior of the shop,” a representative for the Dolly llama said. “The Dolly Llama prides itself on offering authentic European flavors and techniques, such as Belgian waffles and the Hong Kong Bubble Waffle.”

H&H Bagels is an iconic 4-unit New York City bagel brand, known for its metropolitan-style bagels and bagel sandwiches like lox with cream cheese and capers, or the classic bacon, egg and cheese bagel.

Just in time for their 50th anniversary, H&H Bagels announced national franchising at the end of August, with plans to open up bagel stores in all 50 states, with a focus on major metropolitan areas.

Although H&H Bagels has not yet announced any franchise deals, they have a strong growth outlook and have been planning this national franchise expansion for the last 18 months.

“We are bringing a unique premium product offering to the marketplace: an iconic brand with an authentic, legendary product that is unmatched in the category,” a representative for H&H Bagels said. “Across categories, consumers have shown a strong desire for authentic, high-quality products and we think they will love the opportunity to get authentic NYC bagels in their hometowns.”

Through the pandemic, H&H Bagels reported 500% growth in its nationwide shipping business, which helped alleviate some of the in-person stressors of COVID-19.

The average unit size will be 1,200 square feet, while the average check is $14.

Nashville hot Chicken may be better known in the Southeast, but Red Chickz owner Shawn Lalehzarian is looking to bring his Los Angeles-based fast-casual brand, Red Chickz, to new regions. The Los Angeles restaurant -- putting a West Coast spin on the classic Southern spicy chicken – put out a call for franchisees in August, looking to expand elsewhere in California and to other states like Texas, Nevada, and Arizona.

“We are extremely passionate about serving high quality food in a fun, fast casual setting and Culver City’s lively atmosphere is the perfect place for us to open another location,” Lalehzarian said in a statement. “The RedChickz is becoming a L.A. staple and we want passionate driven franchisees to join us and make the brand an even bigger success.”

Although they have not yet signed franchisees, they’ll be able to announce franchised deals soon in the above-mentioned markets and are looking to sign 60 deals with 12-15+ locations opening over the next 18 months.

The menu is known for its unique items like a French toast hot chicken sandwich and offers six levels of spice from cool to blaze.

The average check is $27 and unit size will be approximately 1,100 square feet on average.

Roll ‘Em Up claims to be the nation’s first taquitos franchise, and is opening up five new locations across Orange County, Calif. and nine in Riverside County, Calif. shortly after announcing franchising this summer. Another 12-unit deal was just signed for San Bernardino, Calif. Currently the company has sold 71 units in California and other regions, with hopes of opening locations soon in Nevada, Colorado, Utah, Texas, Arizona, Oregon.

The quick-service chain currently has three locations in California and boasts a simple menu of five different taquito varieties (beef, chicken, potato, cheese, and avocado), as well as a plethora of sauces and sides.

By this time next year, Roll ‘Em Up Taquitos hopes to have 20 locations open and another 200 in the works. 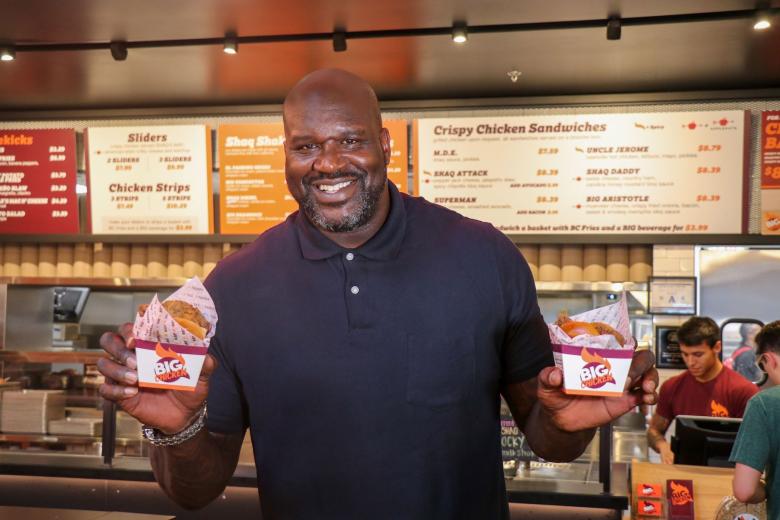