Buena Onda is a new Baja-inspired fish taco specialist from the Garces Group. The casual, surf-inflected shop brings a succinct menu of staples like tacos, quesadillas, nachos and guac, all with a West Coast feel. In addition to the fish tacos, there are a few non-seafood taco choices (on corn tortillas, also made to order), "Mission-style" quesadillas, and a handful of starters and sides.

The inspired plant-based culinary scene in Los Angeles continues to heat up with the opening of Café Gratitude's third Southern California restaurant at the Yards at One Santa Fe. The neighborhood dining destination is among a bevy of curated shops, restaurants and community art spaces. Executive chef Dreux Ellis debuted a slew of dinner-specific dishes that reflect the all-organic restaurant's commitment to responsible sourcing and dining by the seasons.

Mix true iconic Southern dining with nostalgic-American tradition and you’ve got Gary Rack’s Fat Rooster. Offering comfort classics in a dining scene fit for an era of American building blocks, the Fat Rooster will bring you back in time to a simpler lifestyle. This feel-good atmosphere attracts all walks of life.

Here’s the New York outpost of a 23-year-old staple on the French Riviera, Mamo Le Michelangelo. This SoHo spot was brought over by Mike “Mamo” Mammoliti and boasts Michelin-starred chef Massimo Sola (formerly of Eataly Roma and Ristorante Quattri Mori in Italy) as executive chef. They’re family recipes that have been passed down through Mammoliti from his father, “Mamo Senior.” The cuisine is Italian/French Provençal with an emphasis on fresh, locally sourced ingredients. Aside from the food, the space is really beautiful; think hand-painted Venetian tiles, oversized vintage movie posters, white-washed brick and Calcutta marble.

Historically known for its nightlife and cabarets, but also for its shadowy and mischievous past, El Raval in Barcelona has changed much in recent years. Much like Jersey City, the Spanish district has a diverse immigrant community and is home to many hip bars, art galleries, music venues, restaurants and nightspots. Executive chef Michael Fiorianti is bringing that vibe to Jersey City by introducing modern Spanish tapas, charcuterie, paella sangrias and more. 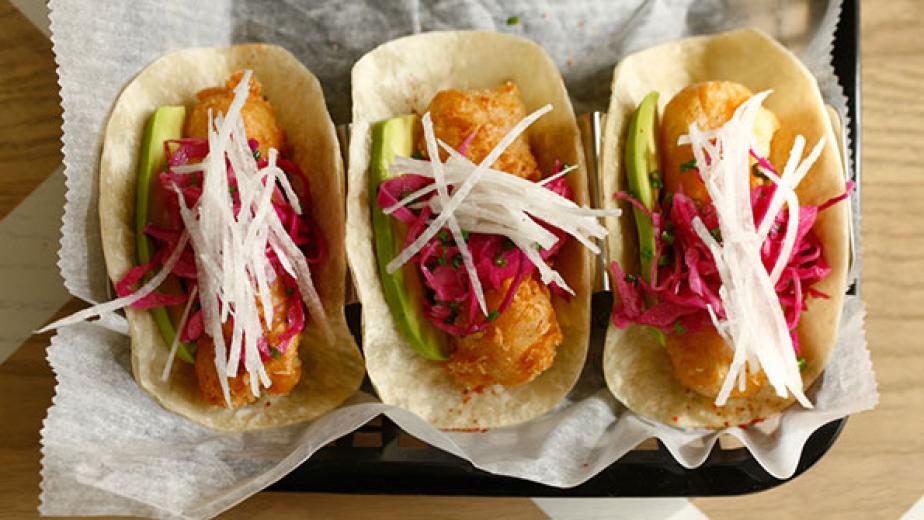