As of October, Urban Farmer Cleveland and the new Westin Hotel had a long way to go before being ready to open this spring.

Urban Farmer’s main entrance will be from the street, but there will also be an entrance from the hotel lobby.

Peter Karpinski, right, and David Ashen, check out the progress of the restaurant.

The large opening is the entrance into Urban Farmer from the hotel. The bar will be to the right after the opening, and around the corner, are different rooms and zones of the restaurant that will seat 220.

Ashen and Karpinski worked on the original Urban Farmer in Portland, and now focus on enhancing the concept here in Cleveland.

Back up on the second floor of the hotel, in what could be considered the control room of the project, Karpinski, Ashen and interior designer Kristin Cullen look through the design development presentation created soon after Sage bought the property.

The design board shows samples of many of the colors, fabrics and patterns that will be on display when the restaurant opens this spring.

Ashen, Cullen and Karpinski discuss everything about the restaurant’s design, from the umbrellas on the patio to a massive video art installation being produced to the types of chairs that will be used throughout the space. 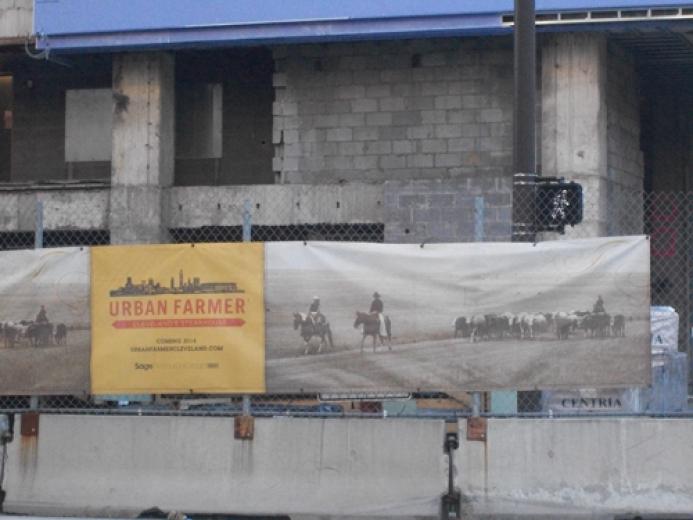