Power couple Michael and Tara Gallina are balancing the past and future with the opening of Winslow’s Table, the second restaurant under their St. Louis-based Rooster and the Hen Hospitality Group umbrella. Winslow’s Table is in the space that used to be Winslow’s Home, “a place we loved visiting with our families,” Michael said in a statement. Open only for breakfast and lunch to start, Winslow’s Farm will feature ingredients from many of the same local purveyors as Vicia, the couple’s wildly successful first restaurant.

Longtime beer rights evangelist Jared Rouben (beer’s right to be seen as equal to wine in pairing with food) is teaming up with executive chef Jared Wentworth and chef de cuisine Emily Phillips to bring a new tasting room and restaurant to Chicago’s South Loop.

In The Dining Room, guests can see what Rouben has in mind with beer pairings in a 12-course seasonal tasting menu ($155 per person) featuring global dishes paired with beers manipulated through temperature, tinctures and assortment of custom-made glassware. In The Bar, guests can choose between 16 taps of Moody Tongue’s beers, including favorites like Sliced Nectarine IPA and Steeped Emperor’s Lemon Saison.

In contrast to The Dining Room, which has more elegant plates, The Bar will offer a la carte menu items like pimento cheese-togarashi aioli burgers with beef-fat fries, smoked beet tartare with spruce-infused ricotta and the mussels pictured here, perfect for sopping up with bread in between sips of beer.

L.A.’s hottest ticket right now, Onda is the first-ever collaboration between Jessica Koslow of Sqirl and Gabriela Camara of Contramar, in partnership with Proper Hospitality.

San Jose’s Santana Row is known as a “village within a city,” and Meso’s aim is to create an oasis within that village, a place to take in the sights from the patio. Open for dinner and happy hour, Meso plans to debut lunch and weekend brunch soon.

This is the first brick-and-mortar project by cheese sweethearts, husband-and-wife team Rosemary and Austin Ewald, who began with a charcuterie board company. The menu is cheese-focused, with cheese boards, of course, but also inventive grilled cheeses and salads.

Located at the ROW DTLA, M.Georgina is the first project by chef Melissa Perello and co-owner Robert Wright. M.Georgina’s look is industrial-chic warmed up by a hearth and wood-burning oven. “I’ve always loved the elemental cooking that’s done from live fire,” Perello said. “My team and I have really enjoyed creating dishes using this method or the first time together here.” The restaurant is named for Perello’s grandmother. 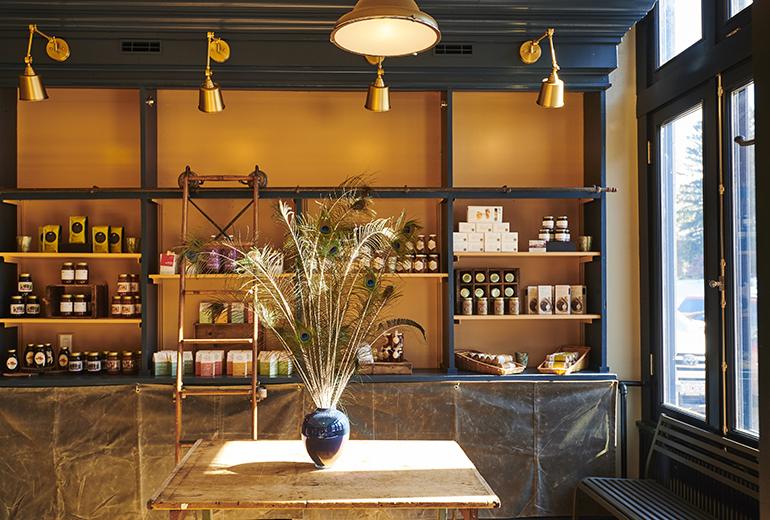