Angela Garbacz, owner and head pastry chef of this Lincoln, Neb., bakery, is serving up vegan and gluten-free pumpkin donuts topped with a Persian spice-sugar blend. The spices are cardamom, black pepper and cinnamon.

The fast-casual chain recently released a Pumpkin Spice Shake and a Pumpkin Pie Dessert Hummus. Both menu items contain natural pumpkin purée and the concept’s own blend of pumpkin spice. The Hummus & Pita Co. is based in New York City with four units.

The coffeehouse brand’s fall lineup includes Pumpkin Spice Latte crafted with steamy whole milk, espresso, pumpkin pie sauce and Madagascar vanilla powder and topped with whipped cream and additional pumpkin-pie sauce. The beverage, along with its iced and blended versions, will be available through Nov. 4. It’s A Grind is based in Sante Fe Springs, Calif., with 18 locations in the U.S. and eight international stores.

The New York City bar is mixing up a pumpkin spice espresso martini for autumn crowds. The cocktail is a blend of citrus vodka, RumChata, espresso and pumpkin-spice syrup. The beverage is finished with a garnish of espresso beans and pumpkin-spice powder.

For pumpkin-spice latte lovers, Beatrix, with three locations in Chicago, offer its own version of the seasonal favorite with a pumpkin-cream nitro coffee. The drink comes with housemade pumpkin-vanilla whipped cream and cinnamon.

As a boozy turn for the pumpkin-spice flavor, Avenue in Long Branch, N.J., is serving a pumpkin-spice martini. The sip, priced at $12, is made with rum, pumpkin purée, cinnamon, nutmeg, brown sugar-based simple syrup, rye whiskey, vanilla and a dash of nutmeg.

This Washington, D.C., restaurant is serving a Honey Roasted Butternut Squash Raviolo filled with licorice, cumin and nutmeg and served with bread and a crumble of amaretti cookies, crispy sage and black truffle.

This Chicago dining destination is putting a Chinese-inspired twist on pumpkin with a new dish, roasted pumpkin with Sichuan peppercorns, pomegranate seeds and fennel fronds.

The bakery chain is embracing fall flavors on its latest variation of banana pudding. The seasonal flavor is made with creamy pumpkin pudding layered with gingersnap cookies and bananas. Magnolia Bakery is based in New York City with ten units in the U.S. and 14 in other countries.

This biscuit-focused concept in Plano, Texas, is putting a Pumpkin Pie French Toast Biscuit on its menu. The dish is created with housemade biscuits dipped in sweet vanilla custard and pumpkin spice that are pan-fried until golden brown and topped with housemade pumpkin whipped cream. 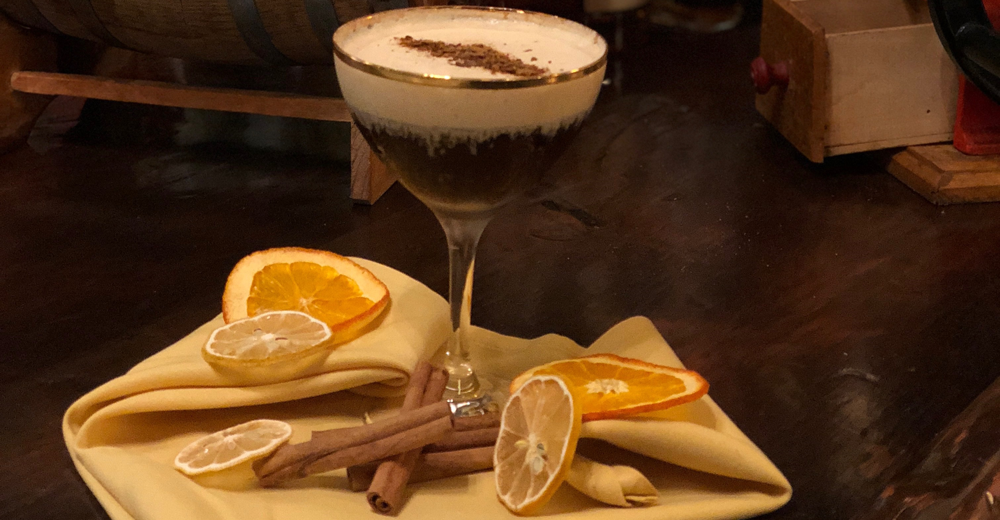