“Take something simple and simplify it further while simultaneously making it unique,” says Basile. At Le Parfait Paris in San Diego, a simple layout with rectilinear shapes “is heightened by discreet material choices,” he explains.

A space’s design and its materials should feel genuine. “I believe in handcrafting as much as possible from as many original designs as possible, pushing the limit with materials and caring about the details,” says Basile. Many of his pieces serve dual purposes, such as windows that fold down to function as tabletops. “Use materials that age and patina that will still look good in 20 years. Don’t use anything that is a fad,” he advises. Also, forage for unique furnishings whenever possible, as opposed to restaurant catalogs. Soda & Swine Liberty Station features Basile-designed and built hand-welded “double-S” steel barstools and a 29-foot brass quilted bar inspired by an airplane wing (a nod to the flight path above the restaurant).

“Intuition pushes all reason aside to allows freedom of ideas to surface organically, and then meet reality somewhere in the middle,” says Basile. Inspiration can come from “everything you encounter in life,” he says. “I tend to look at everything no matter where I am and see how it’s made and how the design was developed and executed.”  At Underbelly North Park in San Diego, fish gills inspired the creative sculpting of the wall and ceiling surfaces.

“Place materials and objects of differing styles, types and histories within the same space to induce a deeper response between what is expected and what is experienced,” advises Basile. At Ironside Fish & Oyster in San Diego, local seafood history meets modern craftsmanship. (A local journalist described the quirky space as “Titanic done as steampunk fantasy.” The building holds true to its industrial roots with original beams, original hand-painted exterior façade and exposed ductwork, while also featuring new elements such as plasma-cut barstools, copper tabletops and an “oddities museum”-inspired wall of plaster faux piranha skulls.

“A great space can elevate and change your mood or feelings, evoke thought and feel thoughtful,” says Basile. At Polite Provisions in San Diego, the potential for a new experience was unveiled when an entirely new building was ultimately created within the original framework of a 1920s-era home. “Consider the experience of the guests and service personal, make sure they both are engaged in the environment and push them to feel it is something special beyond what is normal,” advises Basile.

“The space should elicit a sense of unexpected satisfaction, finish a thought you didn’t know you had and ultimately fail to disappoint,” says Basile. At Broadstone Balboa Park, the design answers “the inner, often unstated, question everyone has about how we should feel” when we enter an environment.

When embarking on a design project, “make sure the project has a direction that is solid and not too loose,” says Basile, but still “allow a change in ideas; let concepts evolve into what they want to be and don’t force it. Pursue ideas that are different and uncomfortable. A good designer will know when it doesn’t work or fit; it just takes time to let it marinate,” he says. “Most importantly, sit down and look at everything from the customer’s point of view.” 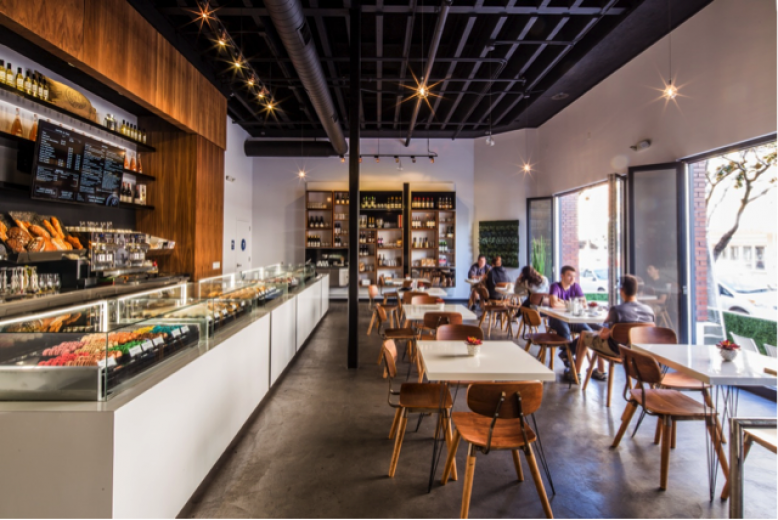 Next Up
8 habits of highly effective servers
Start Slideshow ›