The iconic Hermitage Hotel in Nashville is getting a redesign and this fall will unveil a new lineup of restaurants, including Drusie & Darr by the Michelin-starred chef and restaurateur Jean-Georges Vongerichten.

Named for the children of the hotel’s long-time, former general manager, who grew up on the property, the restaurant will be Vongerichten’s first in the region. The multiconcept operator is known for his eponymous restaurants in New York City, Los Angeles, Las Vegas and Philadelphia, as well as concepts like ABC Cocina, Nougatine, JoJo and The Mercer Kitchen.

Drusie & Darr’s menu will feature seasonal and local ingredients and will include the French chef’s signature plant-based dishes and oven-fired pizzas. Vongerichten will also take on the hotel’s food-and-beverage program.

Also debuting at the hotel this fall will be a new café called The Pink Hermit.

With Executive Chef Michael Chanthavong —formerly of sister concept O-Ku — at the helm, the menu features seafood and local produce cooked on a robata grill at the center of the restaurant.

The 110-seat dining room is on the roof of the hotel with indoor and outdoor lounge areas, bar seating and a 13-seat chef’s counter around the robata grill.

Mizu will be Charleston, S.C.-based Indigo Road’s fourth restaurant in Charlotte. Others include  Indaco, O-Ku and Oak Steakhouse.

Sheraton has given this Phoenix property a top-to-bottom renovation. Part of the makeover will include the debut of the restaurant Carcara in September.

The 7,000-square-foot restaurant includes a 2,000-square-foot patio lined with cara cara orange trees, and can seat up to 276. There’s a central bar, an indoor lounge, the main dining room features a chestnut oak tree with lanterns hanging from the branches. The restaurant also has three private dining rooms.

The new tech-and-design-forward Ameswell Hotel opened in Mountain View, Calif., in the heart of the Silicon Valley, in July. With it comes three new restaurants.

Roger is the main bar and restaurant, with a garage-style door offering indoor/outdoor seating. On the menu is seasonal California cuisine with a Mediterranean twist, craft cocktails and wine on tap. Christian McCallion is executive chef.

Dishes at Roger include Moroccan Corn Ribs with sunflower seeds, feta and sumac; flank steak with a coffee and pepper rub, watercress salad and thyme aioli; or roasted salmon with saffron and sweet pepper, dill and yogurt.

Airstream Bar is a retrofitted trailer serving food and drink by the pool, lawn and firepits.

Given the hotel’s proximity to the campuses of Google, Apple and Facebook’s headquarters, the restaurants have state-of-the-art tech features, including kitchen equipment with food temperature programming, touchless ordering and payment options via smartphone. The hotel also says it’s the first to feature Bear Robotics Servi, a self-driving indoor delivery robot.

The hotel also is committed to sustainability and has eliminated almost all single-use plastics on premises, using only biodegradable or reusable containers at all restaurants.

The boutique Wildset Hotel opened in July on the Chesapeake’s Eastern Shore.  The 34-room hotel is home to the new Ruse restaurant, a seafood-focused concept was developed by the team behind the acclaimed Nashville restaurant Henrietta Red. 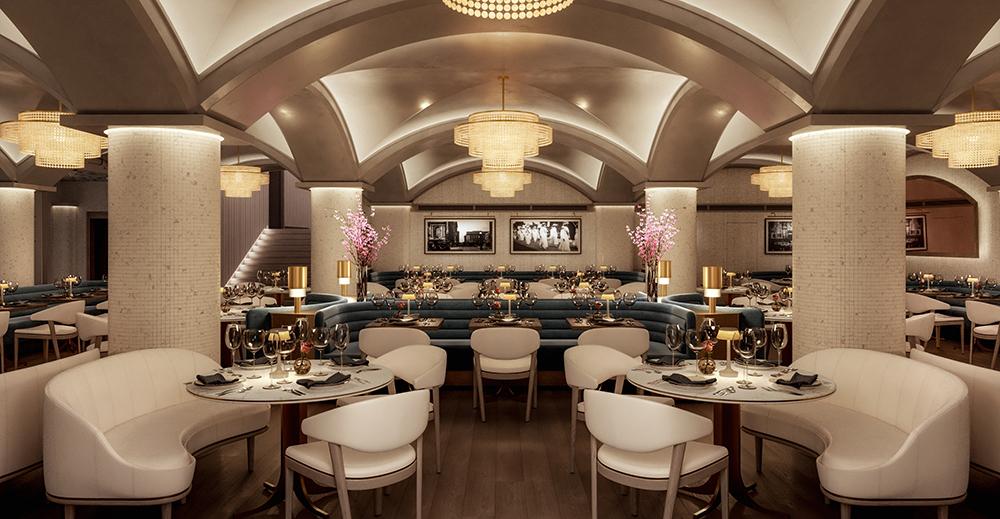 Next Up
Chefs on the Move: August 2019
Start Slideshow ›