Dan Admire is the new corporate chef of Buffalo Wings & Rings, an 80-unit casual-dining chain based in Cincinnati. Most recently a partner at Brendon’s Catch 23, a fine-dining seafood restaurant in Louisville, Ky., Admire spent 14 years at Houlihan’s Restaurants Inc., where he became vice president of culinary. Prior to that he worked at John Q. Hammons Hotels and Resorts and with Marriott International.

Michael Balboni is the new executive chef of DB Bistro Moderne in New York City. The Culinary Institute of America graduate worked his way through the ranks at David Burke Townhouse in New York before joining Daniel Boulud’s Upper East Side flagship and working his way up to sous chef. He then worked at L’Atelier de Joël Robuchon, also in New York, as executive sous chef, before returning to Boulud’s Dinex Group.

Kirk Biondi is the new corporate chef of Atlanta-based casual-dining chain Ted’s Montana Grill, which has been without a chef since Chris Raucci left in 2016. Biondi, whose corporate chef experience includes stints at Tin Drum and Maddio’s Pizza, not only will be leading culinary innovation with new menu items, but he also will work to reduce food waste and work with sustainability group Greener Fields Together to make the most of seasonal ingredients in every region where Ted’s operates.

Nicole Brisson is partner and executive chef of Locale, a new Italian restaurant in Las Vegas. The 15-year veteran of the Vegas restaurant scene most recently was executive chef of that city’s location of Eataly. Before that she was culinary director of the Batali & Bastianich Hospitality Group’s Las Vegas operations, overseeing B&B Ristorante, CarneVino, OTTO and B&B Burger & Beer.

Chen-Wei Chan is executive chef for special projects in the United States for the Las Vegas-based Hakkasan Group, where he “supports the execution of the culinary vision” at Hakkasan locations in New York City, San Francisco, Miami and Las Vegas as well as Yauatcha restaurant in Houston, according to a release announcing his appointment. Most recently he was executive chef of Red 8, an Asian bistro at the Wynn Las Vegas.

Chelsea Cummings is sous chef of the Andaz Scottsdale Resort & Bungalows, a Hyatt property in Scottsdale, Ariz. She attended the Art Institute for Culinary Arts in Kansas City, Mo., and then started a year-long internship with Hyatt on the South Pacific island of Saipan. She then was a kitchen supervisor at the Driskill Hotel in Austin before becoming a corporate management trainee at the Hyatt Regency Scottsdale Resort & Spa at Gainey Ranch.

Jacob Dufreche has been promoted to chef de cuisine from sous chef of Cochon Butcher in New Orleans, with responsibility for all the sausages, terrines, pickles, jams, sauces and other items made in-house. He reports to chef Stephen Stryjewski and chef-owner Donald Link. Dufreche, who was born and raised in Ponchatoula, La., graduated from the Culinary Institute of America in Hyde Park, N.Y., and joined Cochon Butcher as chef tournant in early 2017.

Alon Gontowski is the new pastry chef at Rosen Centre in Orlando, Fla. The Philadelphia native most recently was at the Seminole Hard Rock Hotel & Casino in Tampa, Fla. He also has worked at Mohegan Sun in Uncasville, Conn., and several properties in Las Vegas, including the JW Marriott, Harrah’s, Dessert Inn and The Rio.

Peter Janiak, most recently executive chef of Seghesio Family Vineyards in Healdsburg, Calif., has been promoted to executive chef of the entire Crimson Wine Group, which includes vineyards in California, Washington and Oregon. Janiak began his culinary career at Wildwood restaurant in Portland, Ore., where he met the Seghesio family and continued pursuing his career with them.

Christopher Keyser has been promoted to executive chef of Union in Pasadena, Calif. Keyser began his career in upstate New York and then moved to Philadelphia where he worked under at several of Marc Vetri’s restaurants. He then moved to Los Angeles and worked for Akasha Richmond before spending time cooking in Italy. He then returned to Los Angeles and worked at Union, working under Bruce Kalman, who left earlier this year, leaving open the vacancy that Keyser has filled.

Ken Lum is executive chef of Emeril’s New Orleans Fish House in Las Vegas. Lum originally worked at the restaurant as a line cook in 1998. He went on to work at numerous restaurants, most recently as executive sous chef at The Club at Kukui‘ula in Koloa on the Hawaiian island of Kaua‘i. He graduated from Kapiolani Community College on Maui.

Abad Martinez is executive chef at Mesa in Costa Mesa, Calif. The Southern California native most recently was the restaurant chef of Omni La Costa in Carlsbad, Calif. He also worked as executive chef of World Famous restaurant in San Diego.

Aaron Miles is the executive chef at Saint Kate — The Arts Hotel, in Milwaukee.

Amanda Shepard has been promoted from pastry chef de partie to pastry chef of Lula Cafe in Chicago. A graduate of Johnson & Wales University in Denver, Shepard worked as a pastry cook at Quince and pastry assistant at Atelier Crenn, both in San Francisco, before moving to Chicago.

Christopher Suzuki is chef de cuisine at SX Sky Bar in Chicago. The Los Angeles native got his start in 2007 as a line cook at Jean Georges Steakhouse in Las Vegas. He became executive chef of Atlas Bistro in Scottsdale, Ariz., in 2012 and then opened his own restaurant, Chef to Table, in California’s Napa Valley. Most recently he was sous chef at LondonHouse in Chicago.

Jared Wentworth has joined Moody Tongue Brewing Co. in Chicago to spearhead the opening of two restaurants there — The Dining Room at Moody Tongue and The Bar at Moody Tongue — both slated to open this summer. The graduate of Kendall College in Chicago most recently worked with Mathias Merges to open Mordecai in Chicago in 2018. Prior to that, he was culinary director of Heisler Hospitality, also in Chicago.

Andrew Yeo has been named corporate executive chef of the Las Vegas-based Hakkasan Group with responsibility for the company’s Cantonese brands within its Asian Luxury collection: Hakkasan, Yauatcha and Ling Ling. Most recently, Yeo was executive chef of the Miami Beach Edition hotel, overseeing operations at the Matador Room, Market and Tropicale. He also has worked as executive chef of Ritz-Carlton properties in Boston and on Amelia Island in Florida, among other positions.

Galen Zamarra, most recently executive chef of Lambs Club in New York City, has moved to Utah and is executive chef of The Lodge at Blue Sky outside of Park City. Zamarra was a protégé of David Bouley who went on to run his own critically acclaimed restaurant Mas (Farmhouse). 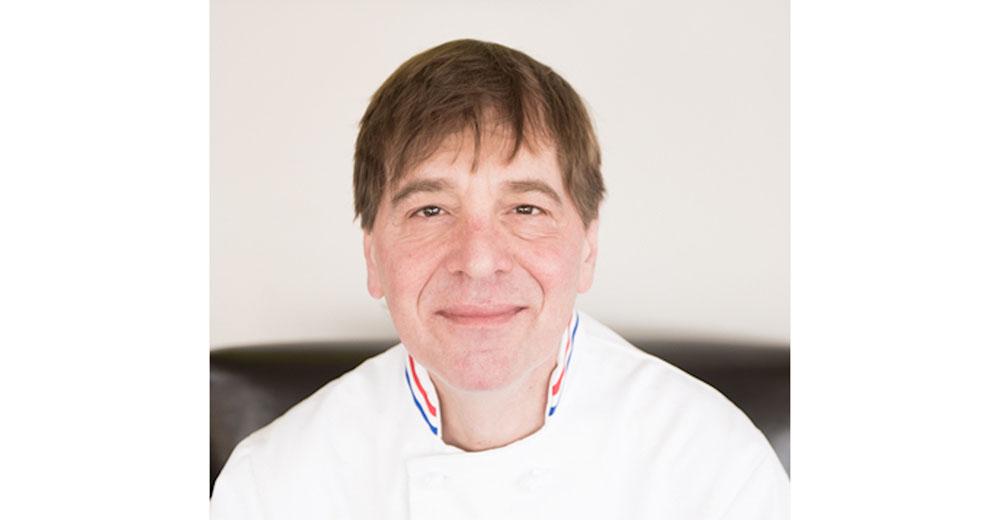