Black-eyed peas are in the Adoption stage. The legume is gaining traction on menus, but is still considered unique. It can be found at independent casual-dining and progressive fast-casual restaurants.

Mr. B’s in New Orleans serves Creole catfish, a cornmeal-crusted catfish fillet with a side of creamy black-eyed peas seasoned with andouille sausage.

The black-eyed pea is a legume commonly used in Southern cooking in the U.S. 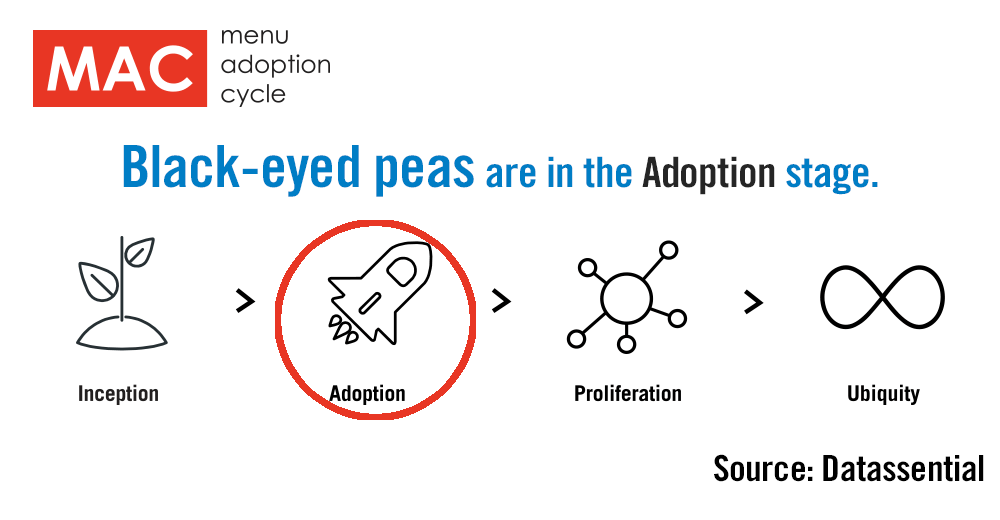