Founded by Constantine Georges and now under the leadership of CEO and former Raising Cane’s executive Paul Tuennerman, the team at Dat Dog thinks that the concept can soon grow beyond their current four units in the Louisiana area. They just completed the development of their prototype with Greenleaf Lawson Architects and will be self-funding their first out of state location in the Houston area this year, with further plans to explore opportunities in the works in Baton Rouge, La., Mississippi, Alabama and Tennessee. Over the next five years, they hope to expand to 10 locations.

“When entering new markets, Tuennerman believes their key to success lies within their ability to collaborate with someone with strong ties to and intimate knowledge of the particular market,” a representative for Dat Dog said. “In regard to the expansion of company affiliated restaurants, he is focused on an adjacent-market strategy.”

You would not think that a Detroit-style pizzeria — with its thick, square crust and red sauce on top of the cheese — would find much success in Brooklyn, but the seven-unit casual-dining pizzeria Emmy Squared has. With locations in New York, Tennessee and Philadelphia, founders Emily Hyland, chef Matt Hyland and CEO Howard Greenstone are looking to expand to new markets.

Emmy Squared will be opening another location soon in Washington, D.C., with further plans for Boston, and Louisville, Ky., as well as other potential markets on the East Coast, thanks in part to funding raised by a private group of investors.

The pizza chain is well known for its creative pies — divided on the menu into red and white pies — with unusual toppings like the Hot Chicken with Nashville hot chicken, white sauce, and chopped pickles.

“Some of our new locations are a natural progression for our expansion, like Philly and D.C., being along the Amtrak line from NYC, but also encompass great communities that we're excited to be a part of,” CEO Howard Greenstone said. “We don't consider ourselves to be a chain and therefore look for smaller, more localized locations for us to immerse ourselves."

When choosing to branch out into new markets, Greenstone and his team wants to cluster their restaurants in cities and keep their markets relatively close together.

The average check at Emmy Squared is $32 in New York and average restaurant size is 70-80 seats.

Although there are plenty of health- and sustainability-focused fast-casual eateries out there, four-unit chicken bowl chain Fields Good Chicken stays ahead of the pack with the addition of a fine-dining touch from director of culinary and former Union Square Hospitality Group/Eleven Madison Park chef Dan Jackson.

After opening its fourth location in December 2019, the New York City-based chain is on a roll and will be opening its fifth location in Midtown Manhattan early this year. They also plan to reopen their Flatiron District location this spring with a fresh, new design. The expansion plans for 2020 are being funded by Fields Good’s primary investor, fast-casual investment firm, Aurify Brands, with a financial boost from owner and CEO Field Failing.

However, even though Fields Good Chicken’s plans right now are focused on growth in New York City, the team wants to expand into the surrounding suburbs and to other nearby urban markets over the next five years, with the long-term goal being national expansion and brand recognition.

But for Fields Good, expansion is not just about growing their number of units but widening the potential for what their restaurant identity could be. Fields Good Chicken’s fourth location, located near New York University, is a hybrid fast-casual/full-service spot that caters toward students living and going to school in the neighborhood where customers can order at the counter and get their food delivered to their table.

“Our vision is that folks will stop by for a whole bird and a few drinks,” a Fields Good representative said. “The hybrid service provides the ease of a fast-casual restaurant, while providing a bit of a more elevated experience.”

Thinking about your early morning coffee ritual may conjure up images of waiting on long lines for your latte to finally be ready. But this five-unit third wave coffee shop chain distinguishes itself from the other coffee chains in LA with its bar-like service: instead of waiting on line to order your coffee, you just walk up to the bar and place your order with a barista, in an effort that makes the experience feel more personalized.

GGET co-founders Kyle Glanville and Charles Babinski believe that their business model — with zero lines and baristas brewing small batches of single-origin coffees to discerning coffee fans — has legs for 30 more locations in the greater Los Angeles area over the next two years. Additionally, they are exploring expansion into new markets by the end of 2021 and beyond thanks to private funding efforts through angel donors and friends of the company. One unusual aspect of their expansion strategy? Suburbia.

“We think great coffee should not be limited to just the major urban markets,” Kyle Glanville said. “Excited to move in to underserved cities and neighborhoods and change the way folks do their coffee ritual.”

The average check at Go Get Em Tiger for menu items like espresso drinks, housemade fizzy hoppy tea and breakfast items like overnight oats and breakfast sandwiches, is $11 and their average store size is 900 square feet.

Fusion-based street food is another trend that seems to just keep growing. Seoul Taco has seven Chicago and St. Louis-area locations, a food truck, and a menu of trendy, Korean barbecue-inspired tacos and street food, like the burrito made with kimchi fried rice and the nachos and tacos topped with bulgogi meat.

The independent fast-casual eatery just opened its first suburban location in Naperville, Ill., a suburb of Chicago, in December. This month, the self-funded company opened their first location in St. Louis proper, with plans to look for opportunities in the future in their hometowns of St. Louis and Chicago.

“We would never expand for the sake of expansion,” chef/owner David Choi said. “I’m open to the opportunity of additional locations, provided it’s the right fit for us.”

When they do find the next right fit for additional store openings, Choi said that they will be staying close to their hometowns of Chicago and St. Louis. 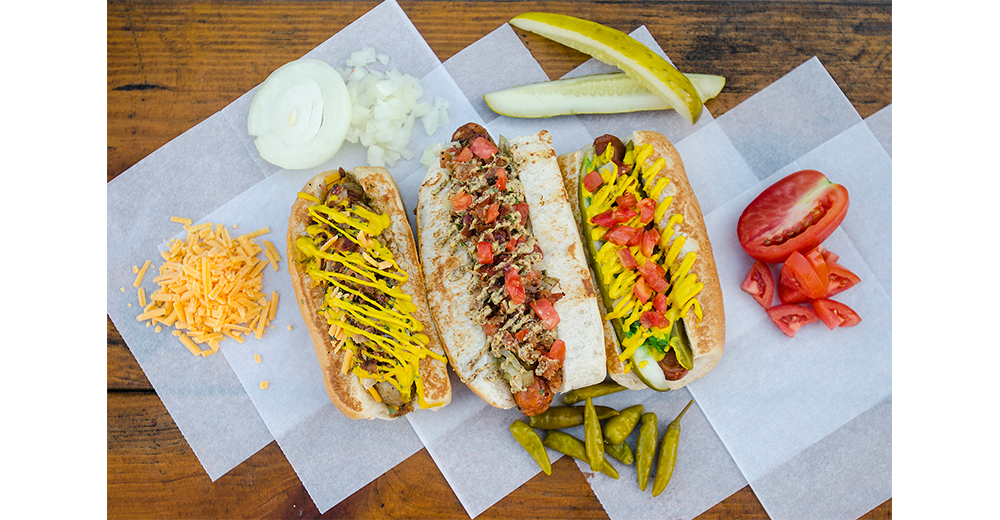 Next Up
12 independent restaurant trends for 2023
Start Slideshow ›