Cleary, who comes to Cheeca Lodge from the Hilton Denver City Center, where he was executive chef, is managing the kitchens at Morada Bay Beach Café and Pierre’s.

Sarah Belisle is the new head of culinary productions at Union Square Donuts, a four-unit concept in Boston. She most recently worked as general manager of Magnolia Bakery in Boston and before that was pastry training manager at Flour Bakery & Café, also in Boston. She gained some fame last year as a finalist in the Food Network’s Holiday Baking Championship.

Brad Bergaus is the new corporate chef of Taco John’s, a quick-service chain of nearly 400 locations based in Cheyenne, Wyo. He has worked as a corporate chef for 11 years, most recently as manager of culinary product innovation at Buffalo Wild Wings, where he helped revamp that casual-dining chain’s menu.

Megan Bickford is the new executive chef of Commander’s Palace in New Orleans, replacing Tory McPhail who is leaving after 18 years to lead culinary career development for a restaurant group in Bozeman, Mont.

Bickford has been at the restaurant since 2008, most recently as executive sous chef, and before that she was executive chef of sister restaurant Café Adelaide.

Eric Bost, who closed his restaurant Auburn in Los Angeles in May, is now executive chef of Jeune et Jolie in Carlsbad, Calif., where he has worked to reconceptualize the restaurant with owner John Resnick.

Bost is a graduate of The Culinary Institute of America in Hyde Park, N.Y., and worked at prestigious restaurants in Paris before joining Restaurant Guy Savoy in Las Vegas, where he was eventually promoted to executive chef. He went on to open Guy Savoy Singapore in 2010.

In 2016 he became executive chef of République in Los Angeles, and then in 2019 opened his own restaurant, Auburn.

Chavez was born in Los Angeles and moved to Beaumont, Texas, to attend Lamar University on a football scholarship, where he earned bachelor’s and culinary degrees. He cooked in area restaurants until taking a position at Wolfgang Puck’s Spago at the Ritz-Carlton in Beaver Creek, Colo. He went on to stage at fine-dining restaurants in New York City, including Le Bernardin, Per Se, Eleven Madison Park, Nomad, Dovetail and Masa. He then spent a year with the Thomas Keller Restaurant Group in Napa, Calif., before working at OTD in San Francisco and then Caribou Club in Aspen, Colo. Most recently he was executive chef of The Bygone at The Four Seasons Baltimore. In May, 2020, he made his national television debut on the Food Network series Chopped.

Johnny Curiel is the new executive chef of Nada, a five-unit Latin-inspired concept based in Cincinnati. He comes to Cincinnati from Denver, where he was mentored by chef and restaurateur Richard Sandoval before heading up Lola Coastal Kitchen and TAG Restaurant Group concepts Guard & Grace and Los Chingones.

Kevin Dubel has been named executive chef and director of outlets at the Delta Hotels Virginia Beach Bayfront Suites, which is slated to open in November in Virginia Beach, Va.. He will be responsible for all-day restaurant Tin Cup Kitchen & Oyster Bar, an outdoor lounge called Tin Cup Conservatory, and a grab-and0bo spot called Café 2800. Most recently he was chef de cuisine at The Cavalier Hotel, also in Virginia Beach. He has also worked at Terrapin, Zoe’s and Eurasia in that city.

Robert Gomez has been promoted to executive chef of A Restaurant, part of the River Jetty Restaurant Group in Newport Beach, Calif. He was promoted from chef de cuisine during the time that the restaurant closed; it reopened on Aug. 20. He joined the restaurant as a broil cook on opening day in 2008 and has worked his way up to his current position.

Josh Graber is executive chef of Salata, an salad chain of around 85 units headquartered in Houston. The 34-year industry veteran’s resumé includes stints at the Ritz-Carlton in Houston, corporate chef for CMC Services and executive chef of Sienna Plantation in Missouri City, Texas.

Bill Greenwood is the new executive chef of Madeline Hotel & Residences, part of the Auberge Resorts Collection, in Telluride, Colo. Most recently at Beano’s Cabin in Beaver Creek, Colo., Greenwood grew up in the restaurant business: His father owned Greenwood’s restaurant in the Atlanta suburbs.

Andres Kaifer has been named culinary director of Mac’s Hospitality Group, which includes Mac’s Speed Shop, SouthBound, BackStage Lounge, The Music Yard and The Studio. It’s based in Charlotte, N.C.

The Miami native graduated from The Culinary Institute of America in Hyde Park, N.Y., and most recently was executive chef of Vidrio in Raleigh, N.C.

Jack Logue is the new executive chef of Tribeca’s Kitchen in New York City. The New York native attended culinary school at Alma Scuola di Cucina in Colorno, Italy, near Parma and cooked at Riva near Piacenza, Italy, before coming home and working at Restaurant Daniel, starting as chef de partie and leaving as expediter to work at Rockpool in Sydney, Australia, as chef de partie. He came back to New York and worked as chef de cuisine at Betony, and then executive chef at The Ring, and then The Clocktower, before joining Tribeca’s Kitchen.

Marc Marrone has been named chef-partner of HallPass, a food hall in Salt Lake City, Utah.

The New York City native earned a culinary degree from the French Culinary Institute and then worked his way up the ranks of Tao Group of restaurants, starting as a sous chef at the original Midtown Manhattan location and eventually becoming west coast corporate executive chef. Since leaving that position in February 2019, he has launched three concepts: Graffiti Bao, Piña Mexican and Gemma Gemma Square Pies. He remains a partner with Todd Lunger in Graffiti Group Hospitality LLC and is also a chef consultant for Locale Italian Kitchen in Las Vegas.

Houston native Travis McShane has opened Ostia in his hometown, where he is chef and owner. McShane started his culinary career, after graduating from The Culinary Institute of America, as an extern for chef Jonathan Waxman, working his way up to becoming executive chef of Barbuto in New York City, and then corporate chef over seeing restaurants in San Francisco, Nashville, Atlanta and New York City. He and his wife Charlotte moved back to Houston in 2018 and began work on Ostia.

Elvis Morales has been promoted to executive chef of CdM Restaurant in Corona del Mar, Calif., part of the River Jetty Restaurant Group. He was promoted from chef de cuisine during the time that the restaurant closed; it reopened on Aug. 20. Morales worked for four years as a prep cook at A Restaurant, a sister venue of CdM, while also working as a grill chef at Mastro’s Ocean Club, both in Newport Beach, Calf. He joined the CdM team when it opened in March of 2019.

Jonathan Rohland has been named culinary director and chief operations officer of Nada, a five-unit Latin-inspired concept based in Cincinnati. After working as executive chef of John Harvard’s Brewhouse in Atlanta, he started his career in restaurant development with Nordstrom in 2000. Before joining Boca Restaurant Group the parent of Nada, he oversaw the expansion of Bartaco, which currently has 15 locations.

Anthony Sousa is the new executive chef of Bathhouse Kitchen in the Brooklyn, N.Y., neighborhood of Williamsburg. It’s a revamped  version of Bathhouse open for outdoor dining at dinner and weekend brunch.

Sousa opened the Greenwich, Conn., location of Geoffrey Zakarian’s The National before working at Norman in Brooklyn and then Eleven Madison Park in Manhattan. He then worked at Chez Ma Tante in Brooklyn before landing at Bathhouse Kitchen.

Originally from Belgrade, Serbia, he graduated from the Culinary Institute of Belgrade and worked at several hotels in the city before working as a sous chef on the Malevilla, a floating restaurant on the Danube River, and then at Sport Caffe in Herceg Novi, Montenegro. He returned to Belgrade to be head chef of the restaurants of Grand Casino, and then moved to the United States in 2013, where he met Street Guys founder Ivan Iricanin and consulted with him on the opening of Ambar, which he rejoined in September as executive chef. 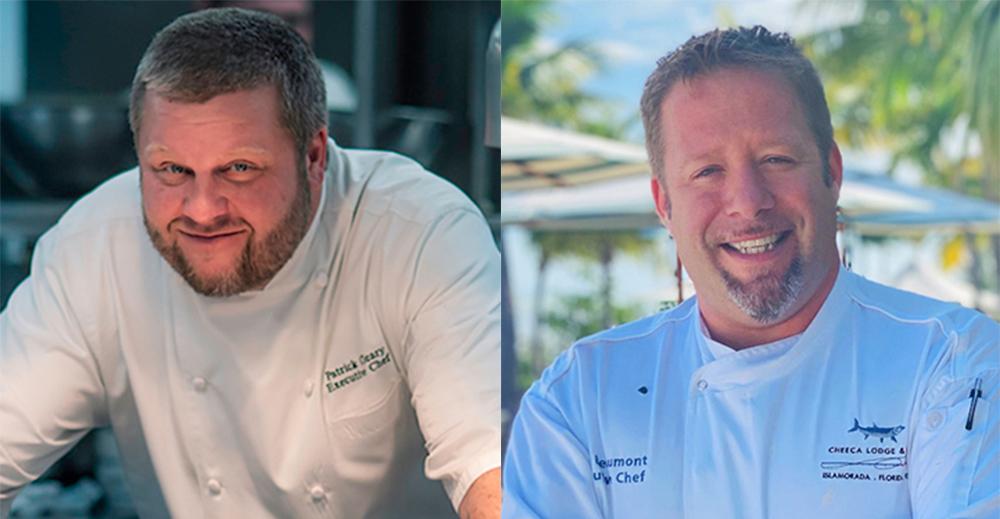