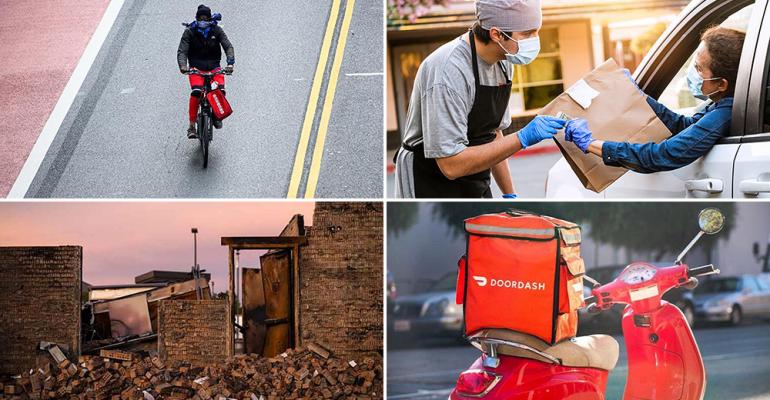 This week, Grubhub mounted a campaign against renewed delivery caps, starting with NYC.

Back in May, New York City leaders capped third-party delivery commissions at 20% to help restuarants during the pandemic. The cap is set to expire Sept. 18, prompting city leaders to propose extending it through next year.

In a countermove, Grubhub this week launched a campaign directing New York diners to protest what the company is calling a “food delivery tax” on consumers.

In other third-party delivery news, DoorDash is reportedly planning an IPO for later in 2020 so, what are some of the brand's biggest moves ahead of the IPO? Well, it involves expanding into the grocery space for starters. Find out more here.

Finally, in more uplifting news, the Minnesota restaurant owner who went viral for saying "let my building burn" during the protests against police after the killing of George Floyd in May at the hands of a police officer, is rebuilding. Ruhel Islam, owner of Gandhi Mahal, has reopened as a delivery-only concept.

See what other stories were trending this week on Restaurant Hospitality.