Who tips the best at restaurants?

The rate-comparison website CreditCards.com teamed with a research firm in late June and found that the best tippers were:

• Those paying with a credit/debit card

Princeton Survey Research Associates International conducted the poll from June 22-25, and interviewed 1,002 adults in the continental United States by telephone. The margin of error was 3.7 percentage points.

About 2 percent of those surveyed said they never left a tip in a sit-down restaurant, and 7 percent said they tipped “only sometimes.”

80%: The percentage of Americans who always leave a tip

99%: The percentage of consumers earning $75K+ who always or usually leave a tip

The cuisine of Israel is seducing American diners from coast to coast with its fresh ingredients and distinctive flavors. Fifty percent of consumers say they are interested in Israeli dishes found on restaurant chain menus, according to Datassential. While the definition of Israeli cuisine is a moving target, influenced by the young nation’s numerous immigrant groups, American chefs with Israeli roots offer their own interpretations. Here are three Israeli restaurants in the U.S. to watch:

• Zahav, in Philadelphia, is a pioneer of modern Israeli cuisine in the U.S. Helmed by Michael Solomonov, winner of multiple James Beard Awards, the restaurant is inspired by the melting pot of culture and cooking in Jerusalem. The menu is anchored by freshly baked laffa, a flatbread, and hummus. Zahav also serves a selection of small plates mezze, such as fried cauliflower with labneh and halloumi with pistachio dukkah, and meat, fish and vegetables grilled over coal.

• The acclaimed Israeli chef Meir Adoni has relocated to New York City and opened Nur, creating a destination for the food of his homeland in the Big Apple. Adoni seeks for customers to “travel the culinary world of the Middle East,” according to Nur’s website, with items such as kubaneh bread with Yemenite schug, a crispy Syrian pancake filled with spiced lamb, and Palestinian tartare of beef with smoked eggplant cream and sheep’s yogurt.

• Mh Zh, in Los Angeles, is one of the youngest of the crop of trendsetting Israeli restaurants in the U.S. The place is casual, with no reservations, a menu handwritten on brown paper bags and a BYOB policy. Co-owner Conor Shemtov and chef Jayro Martinez have created an eclectic menu that ranges from humble charred potatoes with olive oil and rosemary, to an Egyptian fava bean stew called foul. Mh Zh joins notable restaurants Kismet, Botanica and The Exchange, among others, in bringing Israeli food to Angelenos.

The radler is refreshing menus in the second half of summer. Named after the German word for cyclists, a radler is beer, typically lager or Hefeweizen, mixed with fruit juice or soda. The original version is made with sparkling lemonade, with a 50-50 ratio of beer to juice. Operators are crafting their own radlers by tinkering with the mixer used and the ratio. The Radler in Chicago serves grapefruit, lemon, blood orange and strawberry varieties, with the option to add a shot of gin, vodka, tequila or Malort. And plenty of brewers, both mainstream and craft, offer pre-mixed radlers in bottles, cans or on tap.

Fruit gets the squeeze
Dusek’s

Chefs have a slew of options when it comes to preparing fruit: Fresh, dried, pickled, stewed, pureed, turned into jam and so on. Now some chefs, particularly in fine dining, are adding another method to their arsenal: compressing.

Compressed fruit is simply placed in a plastic bag and vacuum sealed, squeezing the raw fruit into a state that has a deeper flavor and denser texture. Fruit can be compressed on its own or with other flavor agents, such as herbs, vanilla extract and liquors.

More than a fifth of consumers have tried compressed fruit, according to Datassential, and, 40 percent say they want to try it, giving this technique menu potential.

Moringa, a leafy plant that hails from South America, is already being touted as the next big superfood. Like goji berries, matcha, kale, baobab and other dubbed superfoods that have come before, moringa comes with health claims. The antioxidant-packed plant is said to reduce inflammation and cholesterol, improve digestion and even slow down aging.

The leaves are typically ground into a powder that can be added to smoothies, soups, baked goods and a variety of other dishes. For instance, Kuli Kuli, an Oakland, Calif.-based company, sells moringa powder, tea, energy shots and snack bars.

Restaurants are also incorporating moringa on their menus. At The Moringa Tree, a smoothie bar and café in Elkhart, Ind., the superfood appears in hummus, salad, toast, pesto and a vegan bean burger.

Pinpointing when consumers decide to eat out
Source: CivicScience and Facebook, survey, Jan. 13-16, 2017

When does a consumer decide to visit your restaurant? A survey of 1,190 American adults by CivicScience and Facebook sheds light on the decision-making process. Fine-dining customers are more likely to plan restaurant visits in advance, but more than half of casual-dining customers decide to eat out only an hour or less before their visit.

Consumers are becoming more discerning when it comes to incorporating fiber into their diets. Not only are they more educated on different types of fiber, but they’re looking for it across many different foods and beverages.

Among new foods introduced in the U.S. in 2015 and 2016, 62 percent made claims of having high amounts of fiber, according to Mintel’s “Better For You Eating Trends” report. Consumers are getting fiber from whole foods that have high concentrations of it, such as beans, as well as packaged foods with added fiber, like yogurt and chips.

Many restaurants already incorporate high-fiber ingredients like legumes, whole grains and vegetables on their menus. But with 47 percent of consumers saying it’s the primary healthful element they seek out in food, according to a Natural Marketing Institute report, operators may consider putting a priority on fiber. 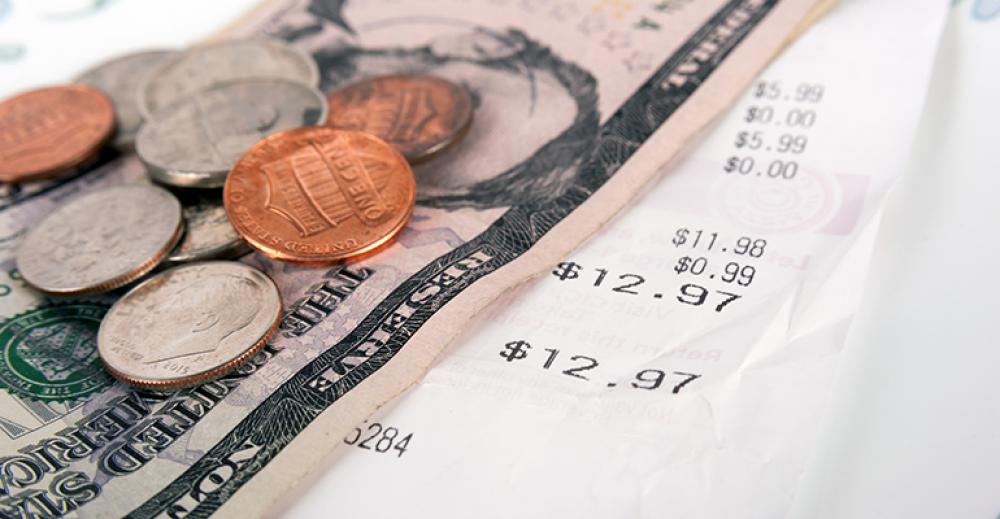