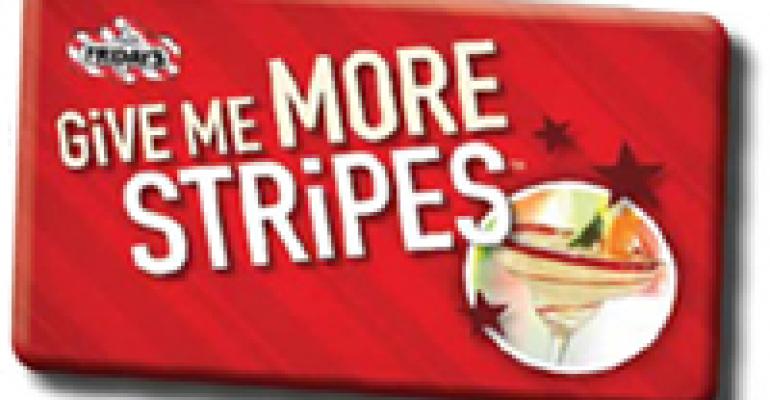 Time to Capitalize on Your Customer Base?

Mid-scale chains can't compete with customer loyalty programs like The Palm's 837 Club, where $150,000 in cumulative spending earns a trip for two to Baron Eric de Rothschild's chateau in France. But T. G.I. Friday's is hoping the more modest rewards available through its new Give Me More Stripes guest recognition program will still drive incremental visits to its restaurants during the current slowdown.

Participants receive a membership card; a free appetizer or dessert upon sign-up; one-time use of a jump-the-line pass; and an $8 certificate for every $100 spent on food (alcohol expenditures excluded).

The company conceived this program after analyzing the results of a Harris Interactive survey it commissioned earlier this year. The study found that 87 percent of U.S. adults would find membership in a restaurant rewards program appealing. Seventy-nine percent said free food and drink is an appealing feature of such a program. Friday's got the ball rolling by classifying 300,000 of its best guests as members.

We'll find out later how much additional revenue this tactic brought in. But if you want to start something similar for your restaurant, be sure to look at a new study by Cornell Center for Hospitality Research's Michael Lynn before you begin. It's titled “Frequency Strategies and Double Jeopardy Marketing: The Pitfalls of Relying on Loyalty Programs.” Lynn found that differences in average purchase frequency are related to brand penetration. Translation: Programs work better for big, well-known companies than for small ones. Check it out at www.hotelschool.cornell.edu/research/chr/pubs/reports/2008.html.