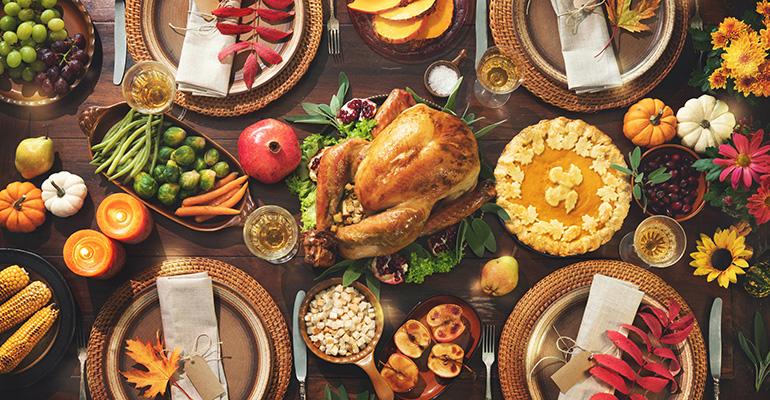 Restaurants have embraced the notion of Thanksgiving as a dining-out occasion, but consumers didn’t particularly this year, according to an analysis of transactions by The NPD Group released Wednesday.

Thanksgiving week restaurant transactions declined by 7% compared to the same week last year, accounting for the fact that Thanksgiving was a week earlier in 2018.

Restaurant transactions declined 8% for both the casual dining and quick service segments during Thanksgiving week, according to NPD’s CREST Performance Alerts, which tracks trends for 73 QSR, fast casual, midscale and casual-dining chains.

Among those segments, however, midscale/family restaurants — which offer sit-down breakfast, pies and other desserts — realized an 18% increase in transactions during Thanksgiving week compared to the same period a year ago.

For the month, total restaurant transactions were up 1%, with quick service and midscale/family restaurant also up 1%. Casual-dining transactions, however, declined 5%.

“In addition to many restaurants being closed on the  holiday, the majority of consumers eat their Thanksgiving dinner in their or someone else’s  home,” said  David Portalatin,  NPD food industry advisor and author of “Eating Patterns in America.”

“Over  Black Friday weekend, when the assumption may be that people are out shopping and  need to eat, consumer don’t visit restaurants because they may have too many leftovers from Thanksgiving, they’re shopping online or they just want to get to the stores, buy what they want and get back home.”