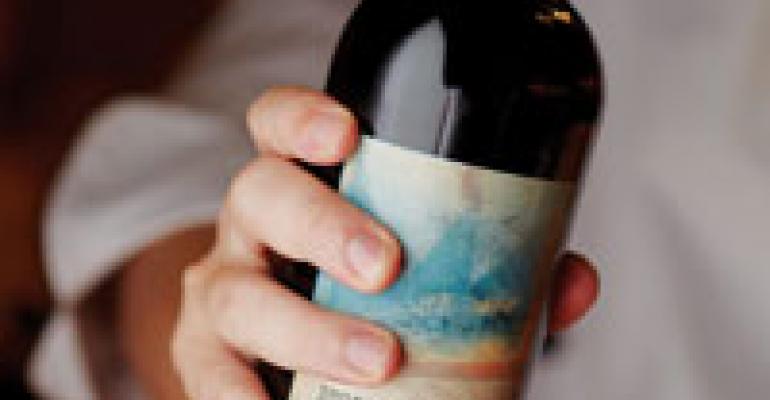 How’s this for an innovative promotion? Bonefish Grill has become the exclusive restaurant purveyor for adult contemporary rock group Train’s first-ever varietal wine, “Drops of Jupiter 2009 Petite Sirah.” Will customers order a glass or two just to see what a rock band-produced wine is like? We think so.

Join the club if you don’t have a clear mental picture of exactly where Train fits into the pop music hierarchy. It’s a big act with a worldwide following, but fans tend to know its hit songs well without being exactly sure which band actually plays them. As Train guitarist Jimmy Stafford puts it about playing in concert, “you can see the faces light up with faint recognition... ‘Hey, I’ve heard this song before! That’s these guys?’ We see it every night on tour in America.”

Train is also the only rock act we know of that has its own wine club. “We talk about our favorite wine, the places we find it, what our favorite bottles are and some of our other wine-related shenanigans, too,” Stafford says. On the e-commerce front, fans can sign up for a Train wine club subscription, which gets them a bottle of red and a bottle of white delivered to their door each month. These customers also get to download an exclusive eight-song “Live From The Vine” Train album as a membership perk.

Train’s relatively low profile didn’t stop Bonefish Grill from jumping on the opportunity to feature the band’s wine. It helped that Train had partnered with noted Napa Valley winery Concannon to form the Save Me, San Francisco Wine Company (“Save Me, San Francisco” being the title of a Train hit song). The company’s first release, Drops of Jupiter 2009 Petite Sirah, is named after Train’s 2001 double-platinum album whose title song, “Drops of Jupiter,” won a Grammy for Best Rock Song that year.

Bonefish thought this vintage was a good fit for its restaurant concept, which aims to be a polished casual eatery with a fun, big city-style bar.

“Drops of Jupiter Peite Sirah is an ideal addition to our expansive and evolving wine list,” says Leigh Merritt, director of beverage innovation for Bonefish Grill. “Matching the signature spirit found in our innovative menu and music program, this new wine introduces a new blend to our list that our guests can discover at an approachable price point.” Approachable indeed. At retail, a full bottle of Drops of Jupiter goes for $9.99.

This promotion is worth paying attention to simply because Bonefish is making all the right moves lately and this might be another one. Bonefish was named “Top Overall” chain in the Zagat 2011 national chain restaurants survey and finished second among the 39 chains ranked in RH sister publication Nation’s Restaurant News Consumer Picks survey.

Bonefish Grill is owned by OSI Restaurant Partners, which also runs the Outback Steakhouse, Carrabba’s Italian Grill and Fleming’s Prime Steakhouse chain. The Bonefish unit count currently stands at 152. Average unit volumes are $2.6 million. Drops of Jupiter wine won’t necessarily move the needle for a chain that hauls in this much revenue, but it will definitely help keep the ball rolling.